Why Neetu Kapoor chooses to live separately from her children? 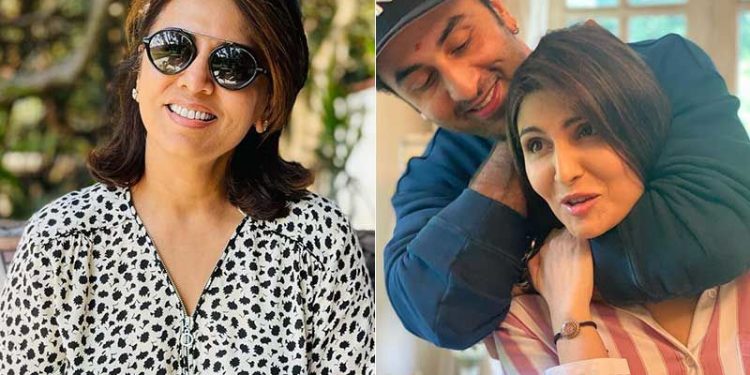 Neetu Kapoor values her privacy and follows her set of rules with utter confidence and pride. Says doesn’t want her children to stand on her head rather stay in her heart.

Privacy matters to every individual, even celebrities. Such is the case with Neetu Kapoor, mother of the charming Ranbir Kapoor and wife to the late legend, Rishi Kapoor. In a recent interview, she divulged her heart while voicing her respect for self-privacy and aid she does not want her children to stand on her head, instead stay in her heart. As blatant as the first half of the statement sounds, equally heartwarming and affectionate is the last phrase.

After Rishi Kapoor’s demise, last year amid the pandemic on April 30, 2020, Neetu Kapoor’s eldest child, her daughter Riddhima Kapoor Sahni, lived with her in Mumbai throughout the lockdown period to provide mental support and stability to her dear mother. But little did she know that her mother, Neetu Kapoor was sufficiently headstrong and could outdo the gravest circumstances.

It was recently revealed that Neetu Kapoor was left in concern and worries throughout her daughter’s stay span. Surprisingly enough, the reason being was her hindrance in privacy. Neetu Kapoor was said to have been bothered with her privacy concerns and also about her daughter’s household back in Delhi. She clearly stated that her daughter should head for her home in Delhi, where her husband Bharat Sahni lived alone. In an interview session with Filmfare, the actress told, “I want them to be busy with their lives. I say mere dil mein raho, mere sar pe mat chadho (stay in my heart, don’t stand on my head). When Riddhima was with me for the pandemic, I was so stressed for one year because she couldn’t go back. I used to get so restless. I used to tell her Riddhima to go back, Bharat is alone. I was literally pushing her away. I like my privacy. I am used to this way of life.”

This is not just the case with Riddhima but also Ranbir, as he has been revealed to live separately for a long time for his studies abroad and this separation made Neetu Kapoor strong and accentuated her habit of living on her own. Neetu Kapoor remembered how she overcame her emotions when Riddhima first went abroad for her studies. She said, “I remember when Riddhima was going to London to study I used to howl for days. If someone would even come to meet her and say goodbye I used to start crying. But when years later Ranbir went, I didn’t. He told me, mom you don’t love me. But it isn’t that. It was just that I had gotten used to that life, of living away from a child. So when it happened again, I was prepared. I think those times when they were abroad made me stronger and made me feel that I am okay being alone.”

In addition to the above, Neetu Kapoor said that after her husband, Rishi Kapoor’s demise, the two children have always been by her side to support her and help her heal. But now, she says she wants her children to get busy in their own lives and live in their mother’s heart instead of standing on her head and hindering her privacy.