Captain of the Indian cricket team, Virat Kohli, has announced that he will step down as the T20I captain after T20I World Cup in October. 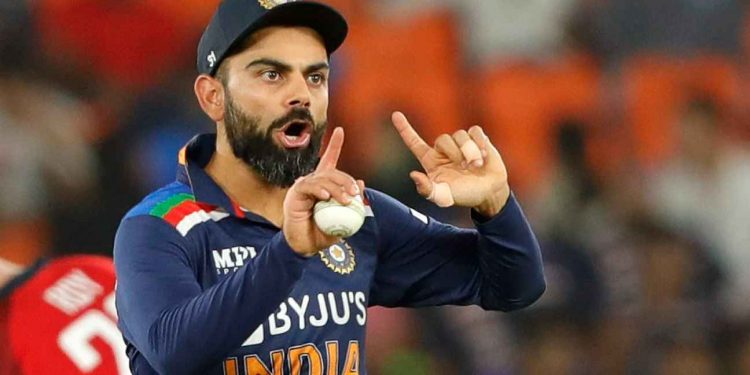 Indian cricketer Virat Kohli has decided to step down as T20 captain of the Indian cricket team. Sharing the news, Virat posted a letter to his fans on social media. For the last few days, the rumours of Kohli stepping down as T20 captain was in the air, and as it turned out, they were true. Virat Kohli is considered one of the best (if not the best) cricketers in the world. He has already added his name to the list of all-time greats. Virat accepted the captaincy of Indian cricket after MS Dhoni stepped down from the leadership.

On Thursday, Virat posted a letter on his social media accounts in which he shared his thoughts with his fans. He mentioned that he was fortunate to lead the Indian Cricket Team and thanked the staff, the team, the selection committee, the coaches, and all the fans of Indian cricket. He further mentioned the workload of playing all three formats for the last 8-9 years and captaining for the previous 5-6 years. He added that to be fully ready to lead the Indian team in Test and ODI cricket, he has decided to step down as T20I captain.

Virat also mentioned that he discussed this with Ravi Shastri and Rohit Sharma before taking this decision and also spoken to the secretary Mr Jay Shah and President of BCCI, Mr Sourav Ganguly.

Who will be the next captain?

Check Out : Aesha Mukerji on her second divorce: Shares the trauma, sexist trolls call her gold-digger.

There were rumours of Virat Kohli stepping down as the T20 captain. However, no one expected that Virat would confirm the news before T20I World Cup. As of the ICC T20I Cricket World Cup 2021, the tournament will take place in Dubai from 17 October. Indian Cricket Team will play the first match on 24 October against the arch-rival, Pakistan.