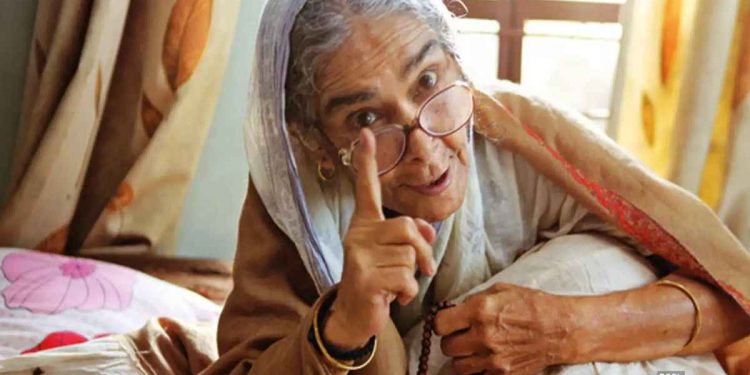 It is another sad day for Indian cinema as the three-time National Award-winning actress Surekha Sikri breathed her last on Friday morning. The country has witnessed this tragic loss just when they were mourning the death of the iconic actor of Indian Cinema Dilip Kumar.

The veteran actor known for her role of ‘Dadi Sa’ in the TV show Balika Vadhu and work in films like Mammo and Badhaai Ho was 75. She had been suffering from several complications arising from a second brain stroke and succumbed to a cardiac arrest earlier this morning. She had suffered from a paralytic stroke a few years ago and a brain stroke last year.

Her manager said that she was surrounded by her family and caregivers and that the family asks for privacy at this time.

The Hindi theatre veteran was born in Uttar Pradesh and completed her graduation from Aligarh Muslim University, Uttar Pradesh. She then went on to complete her post-graduation from the National School of Drama in 1971, following which she worked with the Repertory Company of NSD for a few years.

Sikri made her debut with Amrit Nahata’s political drama film Kissa Kursi Ka following which she went on to play numerous roles in films and soap operas. From winning the Sangeet Natak Akademi Award in 1989 to winning several National Film awards for her roles in Govind Nihalani’s critically acclaimed feature film Tamas, Shyam Benegal’s Mammo,   Amit Ravindernath Sharma’s Hindi comedy-drama, Badhaai Ho and an Indian Telly Award for her role in the popular Hindi soap opera Balika Vadhu, her journey has been memorable and magnificent. She has appeared in several popular television shows like Kabhi Kabhi, CID, Banegi Apni Baat, Just Mohabbat, as well as the story directed by Zoya Akhtar in Netflix’s Anthology Ghost Stories.

Her co-star Neena Gupta, remembering the late actor, stated that apart from being a natural performer who would light up the screen with her spontaneous acting, Surekh ji was a warm and beautiful human being who truly deserved all the adulation for her performances. Fans took it to Twitter to express their condolences and share their favourite memories of her roles, and thank her for the rich body of work she leaves behind.