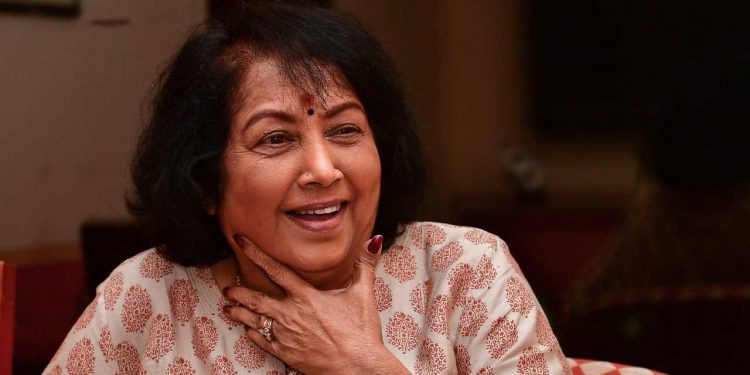 Netizens were taken aback on hearing the news of the veteran actress Jayanthi’s sudden demise on Monday morning. She was one of the gems in the acting industry and her loss upset her fans and mates deeply.

It was heard on Monday morning that the veteran actress Jayanthi was found dead in her house. She was considered one of the best actresses in the Kannada cinema industry. Often called the goddess of acting or Abhinaya Sharadhe, she had worked in more than five hundred films ranging in different genres and diverse languages. The actresses’ death was confirmed by her son, Krishna Kumar, who said that she lost her breath in her sleep while recovering from her long-existing ailments. The actress was reported to have been 76 years of age.

The actress was last seen interacting with media last ya during the pandemic that had hit nationwide and a lockdown had been imposed to curb the spread. The actress was seen to be talking about her halt in Hampi due to the lockdown where she used the time to embrace nature and its beauty around while also making sufficient time to catch up with old acquaintances and friends through virtual video calls who she had not contacted in a long time.

Born in Ballari, a district in Karnataka, Jayanthi was a professionally trained classical dancer. She never laid back on working for just a single genre, rather went on to experience diversity through expanding her work expertise in different horizons with versatile roles. Jayanthi also won the Dr. Rajkumar Lifetime Achievement Award in the year 2006. Through her diverse acting, she also gained fame in the Tamil, Telugu, and Malayalam cinema industries. She had her first film signed by the director YR Puttaswamy named, Jenugoodu. It was the same director who suggested her adopting the stage name of ‘Jayanthi’.

The actress was known to have quite a sociable personality, even in her older years, who loved to interact with her peers, colleagues, and juniors, and newbies of the industry she worked in. It was said that during meetings and events, she was the person to cheer people up with her presence.

Besides winning the Lifetime Achievement Award, Jayanthi is also known to have won the Karnataka State Films Awards around seven times! Not just this, but she also had won the Filmfare awards twice. Jayanthi had shared the screen with the topmost actors of all times and later moved on to work with young actors and fresh faces in the industry, and more likely like earlier times, she managed to light the screens up with her amazing acting skills.

It was this persona of the actress that her colleagues and mates consider her as the goddess of acting and reign supreme in terms of her work. Her fans have often been heard talking about how she was courageous enough to take up roles that nobody else in the industry wanted to take up willingly.

As her fans have said, she will always remain immortal through her amazing works and the cinematic experience she delivered to her viewers of all space and time.