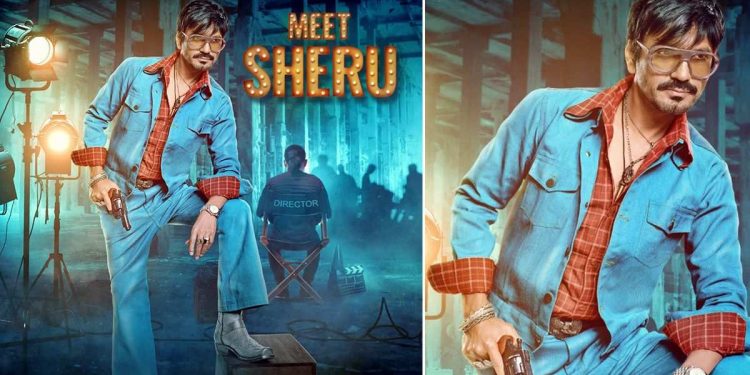 After the actress Kangana Ranaut stepped into the field of direction now, she is all set to make a mark in the industry as a filmmaker. The first look poster of Kangana Ranaut’s debut film ‘Tiku Weds Sheru’ as a producer has been released today on Monday. Kangana Ranaut herself shared the first look of the movie on her Instagram, in which Nawazuddin Siddiqui and Avneet Kaur are seen in a couple of bride and groom. The film will be released first in theatres and then later on Amazon Prime Video.

Kangana Ranaut shared the poster, and along with that she also introduced the main leads of the movie. Sharing the first look of the film’s hero Nawazuddin Siddiqui, Kangana Ranaut wrote in the caption- “Whenever we meet, we meet by heart otherwise, we hardly meet in dreams. Meet Shiraz Khan aka Sheru.” After this, Kangana introduced her film to Tiku Avneet Kaur. While sharing the first look of the film’s heroine Tiku Avneet Kaur, Kangana wrote- “Let’s go till the moon, otherwise till the evening. Meet Taslim Khan aka Tiku.”

Check out the first look poster of Tiku Weds Sheru,

Along with introducing the cast of her films, Kangana Ranaut also shared a first look at the film. Sharing the poster, Kangana Ranaut wrote – on the day of the beginning of my journey as a producer, it is special for me to receive the Padma Shri. Sharing with you all the first look of my first production venture under Manikarnika Films Pvt Ltd. Tiku Weds Sheru. I hope you all like it.

Today in a program organized in Delhi, Kangana Ranaut was honoured with the Padma Shri award by President Ram Nath Kovind. Kangana Ranaut is happy to receive the country’s fourth-highest civilian award. Kangana has received this honour for her significant contribution to cinema.

At present, if we talk about the film Tiku Weds Sheru, then let us tell you that Sai Kabir will direct this film to be made under the banner of Kangana Ranaut’s production house. It is not the first time that Sai Kabir and Kangana Ranaut have joined hands for a film. Earlier, Kangana and Sai have worked together in the movie Revolver Rani released in the year 2014.