The Matrix Resurrections trailer has been released. The film is set to hit the theatres in December.

by Viveka Massey
in Entertainment, Movie
32 0
0 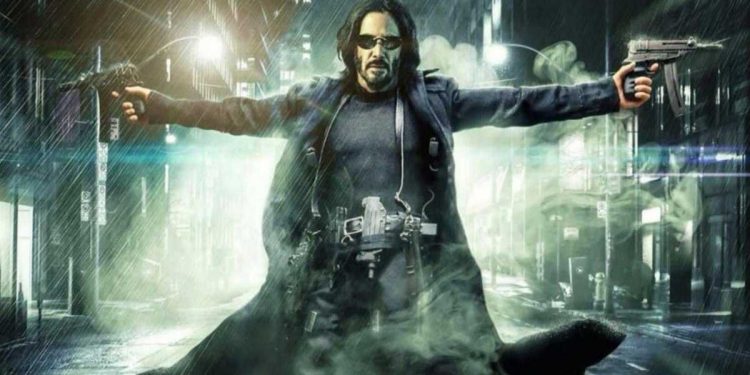 At last, the long-awaited trailer of the next film in the Matrix series dropped on September-9. The first trailer of the film was shown at CinemaCon on August-24. Finally, the trailer was released online for everybody. The trailer confirmed the name of the fourth film in the franchise as The Matrix Resurrections. The film was officially announced in August 2019. The movie was first scheduled to release on May 21, 2021, in the UK and US, but due to filming delays, it was pushed back to April 1, 2022. Putting the movie in competition with ‘The King’s Man’, Warner Bros has moved the movie’s release forward to December 22, 2021.

The trailer starts with Keanu Reeves character Neo sitting with a counsellor played by Neil Pattrick Harris. Then there are glimpses of Neo and Trinity. They both seem to not remember anything, and Neo is trying to find the reason behind it. He eventually meets Trinity, and they both do not even recognize each other. The trailer gives us a little glimpse of Priyanka Chopra. It is almost 3:15 min long, and there are some great action scenes as anticipated.

The Cast of the Movie

Keanu Reeves and Carrie-Anne Moss are back as Neo and Trinity. Both characters were shown dead at the end of The Matrix Revolutions. Reeves explained why he chose to return, saying, “Lana Wachowski wrote a beautiful script and a wonderful story that resonated with me. That is the only reason to do it.”

Daniel Bernhardt and Jada Pinkett Smith will be joining them as Agent Johnson and Niobe. Lambert Wilson will allegedly return as the Merovingian. If he returns, there are chances that Monica Bellucci will also return as Persephone. Watchmen star Yahya Abdul-Mateen II has also joined the cast. There are some rumours that Abdul-Mateen II will play the role of a younger version of Morpheus. However, he has not spilt any secrets.

The original Morpheus, Laurence Fishburne, confirmed in August 2020 that he is not a part of the fourth movie as he had not been invited. Fishburne admitted back in June 2021 that he had no idea why he wasn’t back. He said: “You’d have to ask Lana Wachowski why, ’cause I don’t have an answer for that.”

Check Out : James Bond – No Time to Die: First Hollywood film to be released in the Gujarati language.

Neil Patrick Harris of How I Met Your Mother fame and the Game of Thrones star Jessica Henwick also signed onto the cast. Henwick talked about her role and said, “When I signed on, I said the three things I want are- a leather jacket, sunglasses and some wirework. I got two out of the three – I’ll leave you to guess which ones.”

Some new actors joined the cast, such as Mindhunter and Frozen star Jonathan Groff, Priyanka Chopra Jonas, Spartacus star Ellen Hollman, and iZombie actor Andrew Caldwell. There is no information about their roles, but Priyanka said that her character is “something you don’t expect.”In June 2021, it was announced that the movie will also star Christina Ricci. There is no information about her role.

Hugo Weaving as Agent Smith will not be back from the original trilogy. The actor confirmed in January 2020 that they’re pushing on ahead without me. Gina Torres is also not returning. She said that she is not bitter about not appearing in the movie. There will also be some more familiar faces for Sense8 fans as – Brian J Smith, Toby Onwumere and Eréndira Ibarra have all joined the cast.

The Matrix series is considered one of the best in the world of cinema. The fans have been waiting for Keanu Reeves to return as Neo for almost 17 years. The Matrix Resurrections is releasing on 22 December-2021. All 2021 movies of Warner Bros are releasing on HBO Max and in cinemas in the US.