The Kapil Sharma Show is in trouble once again: An FIR has been lodged against the show.

A lawyer in Madhya Pradesh has filed an FIR against the Kapil Sharma Show for contempt of court.

by Viveka Massey
in Entertainment
31 0
0 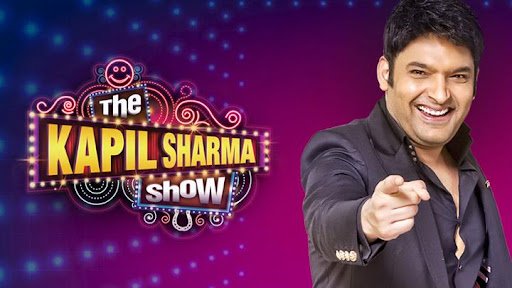 The Kapil Sharma Show is one of the most beloved shows in India. Everyone(almost everyone) seems to love the show as it provides comic relief on weekends. However, it seems some people are not pleased with the sitcom. In recent events, a lawyer had a problem with one of the episodes of the show and decided to take action. He lodged an FIR against the Kapil Sharma Show in the district court of Shivpuri, Madhya Pradesh.

The Kapil Sharma Show was off-air for almost seven months. Kapil took a break from the show because he was blessed with a new little member of his family. He wanted to spend quality time with his wife, Ginni Chatrath and his children. After the break, The Kapil Sharma Show returned to TV screens in August. Everything was going smoothly. However, it has been a few weeks, and the show is already in controversy. The show makers and show stars are in trouble once again. The show stars Kapil Sharma, Bharti Singh, Krushna Abhishek, Sudesh Lehri, Sumona Chakravarti, Kiku Sharda, and Archana Singh as the judge.

A lawyer has filed an FIR against the Kapil Sharma Show in the Chief Judicial Magistrate (CJM) district court of Shivpuri, Madhya Pradesh. The complaint was filed for one of the episodes from January. In the episode, actors were shown drinking in a courtroom scene. That episode was aired on 19 January-2020, and its repeat telecast was aired on 24 April-2021. The complaint stated that the show disrespected the court in one of its episodes.

Check Out : Krushna Abhishek roasted Neha Kakkar over her crying in Indian Idol.

A report in India Today quoted the lawyer as, “The Kapil Sharma Show aired on Sony TV is very sloppy. They also make lewd comments on women. In one of the episodes, a court was set up on the stage, and the actors were seen drinking alcohol in public. This is contempt of court. That is why I have demanded registration of FIR against the culprits under Section 356/3 in the court. Such display of sloppiness should be stopped.”

The show’s host, Kapil Sharma, has not reacted to these allegations. Also, producers and the Sony Entertainment team have not given any statement regarding the case. You will get to know what turns the case takes after the hearing of the case will take place on 1st October 2021.