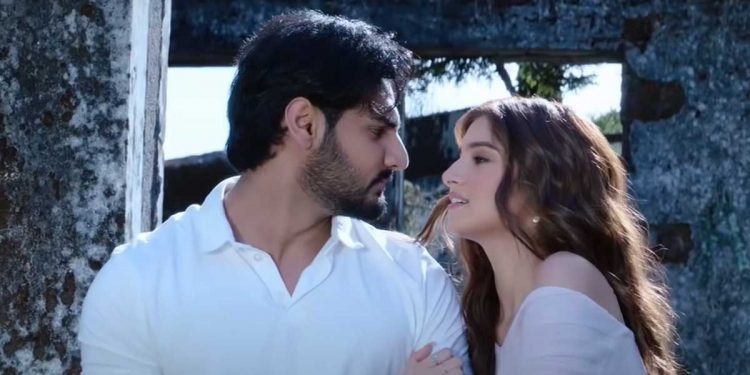 Debutante Ahan Shetty is a promising actor, and he works with utmost sincerity. He plays the role of Ishana in Tadap, who is brought up by, a local godfather named “Daddy” (Saurabh Shukla). He is infatuated with Ramisa, daughter of MLA Damodar Nautiyal (Kumud Mishra), who sees him dancing while leading the victory procession. After their brief romantic overture, he falls the hook line and sinker for her and continues to pin for her against all odds.

Tadap has rich content for its talented actors. It is a simple, emotional love story inspired by a real incident, that happened a few years back. But director Milan Luthria has tackled the story in the most complicated and tedious way possible.

Set in Mussoorie, the film begins on an unfair note, which is followed by an action-packed chase between Chaser and Chase. Although we know that Chaser is the hero, of the movie, the reason why he was chasing was and still is not clear. As the plot develops, you realize that the story, is complicated by its sheer script, direction and editing.

The movie, is narrated in a non-linear manner. The film begins as a clunky action thriller, then veers through romance territory and crashes with gore and horror tropes by the time it reaches, the climax.

Each scene appears dramatically staged and directed in a vintage fashion. Barring a few sporadic dialogues, most of the conversations also reflect that era. To make matters worse the editing is jarring. It is especially seen, in the scene just before the interval. Plus, due to poor editing, the timeline gets blurry, and you keep guessing at the potential, of the story.

During the first two acts, your mind wanders, and it is only in the last act that you realize how a strong and wonderful story is imbued with its intricate narration.

While the story revolves around Ishana, Tara Sutaria leaves an indelible impression with a writer-backed role as Ramisa. He is the only character that takes you back home after watching.

Most of the supporting cast are good in their character skins, including Saurabh Shukla, Kumud Mishra, and Sumit Gulati, who plays Ishana’s friend.

The songs, especially those depicted on the banks of the river, seem to be forced into the narrative.

Overall, the film looks and feels like a B-Grade- 1990s film with moderate production values.