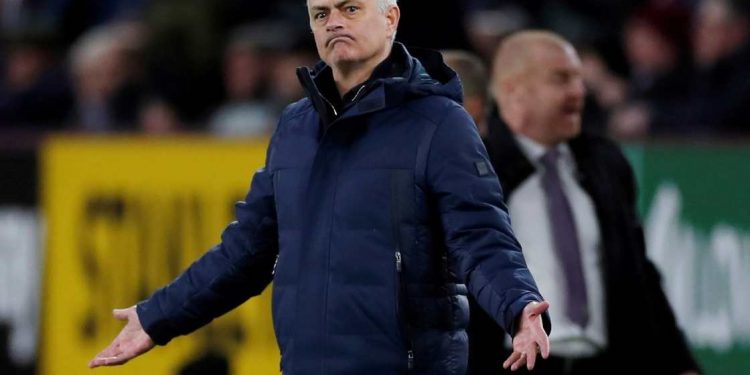 José Mourinho, who is widely considered as the greatest manager of all time is all set to end his Roma tenure with fireworks.

A Portuguese professional football manager and former player, José Mourinho, is the current head coach of Serie A club Roma. Considered as one of the most decorated managers ever, Mourinho was hired by Roma after getting fired from Tottenham Hotspur. Mourinho’s run with Tottenham is the only time he departed a club without winning a trophy since 2002.

Mourinho’s first tenure in Serie A was with Inter Milan in 2008 and after a tenure of two years, he moved to Real Madrid. The last time he was seen consoling Inter Milan defender Marco Materazzi before leaving for Real Madrid.

Leading Inter Milan to an unprecedented three consecutive championships in 2010, Mourinho departed in tears after winning all that he can in two years and now he is back in Serie A club Roma with an entirely different statement.

Winning his last championship with Manchester United, Mourinho has suffered a declining level of success after leaving Italy, he won two league titles compared to the six, in the previous eight Campaigns.

The image of Mourinho has changed from the manager with the unrivalled glory to a confrontational figure who is just back in Italy to ruffle some feathers. However, he is aware of Italian media focusing on him and to this Mourinho posted on Instagram, “I am smiling because I had a record of 40 days without interviews. (I had an) Amazing time where I only focused on work and forgot my friends from the press. Nothing interesting really to be honest. Love the press, (I have) missed them a lot.”

As mentioned earlier, Mourinho may be the best and most decorated manager in the world but it will all be in vain if the club Roma will not be able to perform well and there are huge expectations from the club as well after Mourinho’s entry. Also, after Inter Milan losing several star players and Juventus starting the campaign after the below average 2020-2021 season, there is hope that Mourinho can get Roma at the top of the table.

“Here I go on another Mission: Impossible,” Mourinho said in an interview with GQ magazine last month. “I say impossible because people tend to look at me and in their eyes, there’s only one way to measure success, which is that I have to win.”

Roma surely seems strong after the arrival of Tammy Abraham and Nicolo Zaniolo recovery. Let’s see if Mourinho will be able to get more stars on his resume.