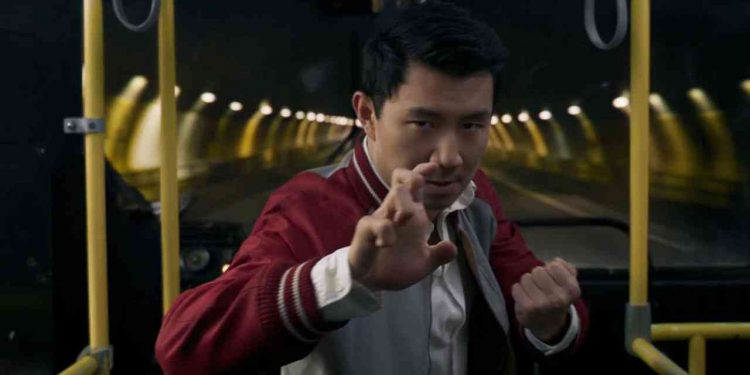 Early on Friday, Marvel Studios presented its audience with the Shang-chi and the Legend of the Ten Rings trailer. This trailer happens to be the first for the movie, Shang-Chi and the Legend of the Ten Rings. The movie also holds the same for it having an Asian Superhero in the lead role. The superhero role is played by the star from Kim’s Convenience, and from the looks of it, it seems like he has major daddy issues. The trailer definitely portrayed the characteristics of the superhero, and it seems obvious as his father is Wenwu / The Mandarin (Tony Leung) who runs the terrorist organisation. As a quick recap for those who need it,  The Mandarin was first seen with the Ten Rings in the Iron Man movie that was released in 2008. As the trailer shows, Shang-Chi is trying to distance himself from this, but that goal isn’t very easy. A tease of a big father-son fight suggests Leung will also serve as the main villain.

“Throughout my life, the Ten Rings gave our family power,” Wenwu is heard explaining to a young man, who is Shang-Chi. “If you want them to be yours one day, you have to show me you’re strong enough to carry them.” Elsewhere, Jiang Nan (played by Michelle Yeoh) is seen telling an older version of Shang-Chi: “You are a product of all who came before you. The legacy of your family. You are your mother. And whether you like it or not, you are also your father.” We then skip to the scene where Shang-Chi is seen training as a teen, and then later is put to the test. This test that Shang-Chi has to pass is held against his father’s own men and naturally doesn’t sit well with Shang-Chi.

It is also collected from the trailer, that father and son never happen to meet eye to eye. There is the scene in the trailer that confirms this fact, where Shang-Chi as a boy tells his father during dinner,  “You’re just a criminal who murders people.” At this harsh remark, he gets a telling off from Wenwu (played by Leung): “Be careful how you speak to me, boy.” Shang-Chi is essentially trying to run from his past, as he says later: “I thought I could change my name, start a new life. But I could never escape his shadow.” The trailer also spoils a bit of what superpowers Jiang Nan’s has and from the looks of it, it seems like a duel of sorts with Wenwu and his Ten Rings.

The part which must have excited the audience the most, would the last one, where it was indicated that Abomination (played by Tim Roth), from The Incredible Hulk, which was released in 2008, will also be a part of this movie. Shang-Chi and the Legend of the Ten Rings, apart from Liu, Leung, Yeoh, and Roth will also be starring Awkwafina as Shang-Chi’s American friend Katy, Meng’er Zhang as Shang-Chi’s estranged sister Xialing, Fala Chen as Jiang Li, Florian Munteanu as mercenary Razor Fist, Ronny Chieng as Shang-Chi’s friend Jon Jon, and Benedict Wong as Wong from Doctor Strange. There’s also the masked villain Death Dealer, though the actor remains unknown.

Shang-Chi and the Legend of the Ten Rings is being directed by Destin Daniel Cretton (Short Term 12), working off a screenplay he co-wrote with David Callaham (Wonder Woman 1984) and Andrew Lanham (Just Mercy). Kevin Feige and Jonathan Schwartz are serving as the movie’s producers, alongside Victoria Alonso, Louis D’Esposito, and Charles Newirth as executive producers. Bill Pope (The Matrix) is the director of photography.

Shang-Chi and the Legend of the Ten Rings is set to release worldwide on the 3rd of September, but because of the Covid-19 situation in India, the movie is still in the “coming soon” status here. That being said, without any knowledge of when the cinemas in India will reopen, this movie and the Black Widow, another Marvel movie, will retain this “coming soon” status.

Source: Gadgets 360
Tags: Shang Chi and the Legend of the Ten RingsShang-Chi