On Wednesday, Real Madrid confirmed the departure of their Captain Sergio Ramos. The said Captain's contract was set to terminate in June and reportedly, the Giants wanted him to take a pay cut. With this, Ramos' 16- year stint at Real Madrid comes to an end. 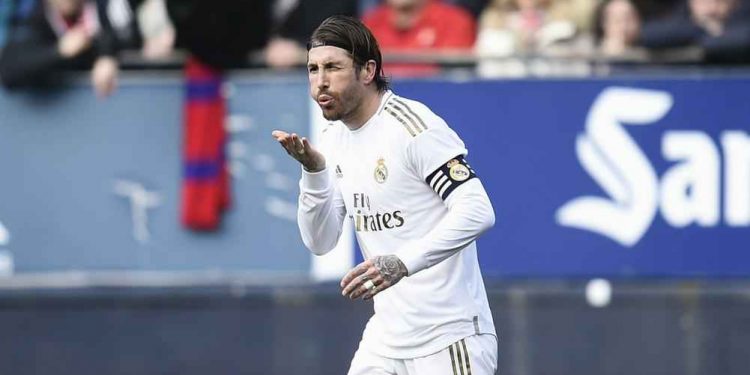 On Wednesday, Real Madrid confirmed the departure of their Captain Sergio Ramos. The Spanish Defender’s contract was to expire in June, and this brings an end to the players 16- year stint with the Giants.

As per reports published in Spanish, Sergio Ramos had talked with Real Madrid for a contract extension, and the Spanish Giants did agree to this, but only if he was ready to take a pay cut. The 35-year-old, however, put a stop to his well-decorated career after agreeing to no new terms.

With this, the Spanish player’s journey with Real Madrid has ended, and the team has confirmed that a farewell ceremony will be held for their Captain. The presence of the president, Florentino Perez has also been confirmed.

A statement declaring this farewell and presence of their President, reads as follow, “Real Madrid C. F. announces that tomorrow, Thursday 17 June, at 12:30 p.m., an institutional act of tribute and farewell to our captain Sergio Ramos will be held, which will be attended by our president Florentino Pérez.”

The Spanish player had joined Real Madrid in 2005 from Sevilla. Since then, he has had many achievements, decorating his career with 5 league titles and as many as 4 Champions League titles with the Los Blancos. Ramos is also known for his 101 goals and the 671 appearances made by him. He was an influential figure for Real Madrid till injury concerns decreased his game time in the last season.

That being said, now it’s awaited as to where Sergio Ramos will be headed. He is linked with his former club Sevilla and Paris Saint-German, one of the top European clubs, are also showing interest to grab talented Spanish Defender.

Notably, Sergio Ramos was not selected by Luis Enrique because of the said player’s injury issues. Also, Luis Enrique’s Spanish Team at Euro 2020, as of now, has no players from Real Madrid.