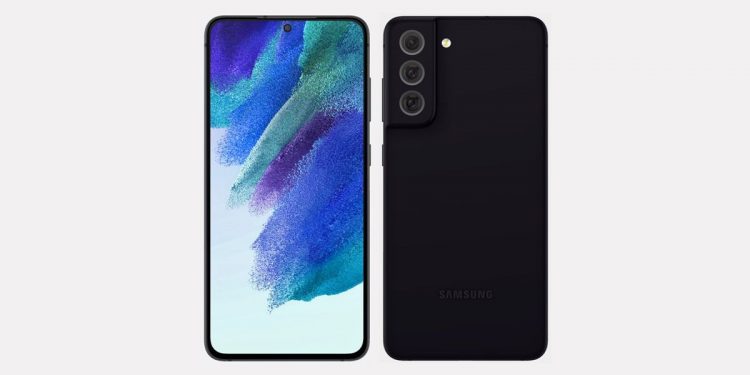 A new date for the launch of Samsung Galaxy S21 FE, the new smartphone of South Korean electronics manufacturer Samsung, has been revealed.

Many news updates have been coming for a long time for the release of the new phone. Recently a piece of news has emerged regarding its launch. Let us know about all the information that has come out about this phone so far.

Although no confirmation has come from the company regarding the features of this phone, this phone can have a 6.4-inch FHD + AMOLED display and a refresh rate of 120Hz. Talking about the camera, you can get a triple rear camera setup and 32MP front camera in this. The phone comes with Qualcomm Snapdragon 888 SoC.

Tipster Evan Blass had earlier informed that the handset can come in Blue, Grey, Green, Violet and White colour options. The smartphone has also been spotted on China’s 3C certification website and the US Federal Communications Commission (FCC) website, revealing its 45W and 25W fast charging features. A separate report also suggested that the handset could come with a 4,500mAh battery.

Samsung will soon break the silence regarding this phone, and it can release any information about its features and launch date.

Samsung Galaxy S21 FE, the alleged handset of the South Korean smartphone maker, has been in the news for some time now.

Changes regarding the launch date of Samsung Galaxy S21 FE

Let us tell you that many types of news have come out about this Samsung smartphone. While earlier, we were hearing things about the launch date of this phone. Earlier, there was news that the phone will not be launched to the market by the company. And the company has cancelled the launch event.

Samsung was earlier, speculated to unveil the much-awaited Galaxy 21 FE at the Galaxy Unpacked Part 2 2021 event to be held on October 20.

This phone was earlier to be released this summer, but, according to the latest news, Samsung Galaxy S21 FE can be presented next year in January 2022, at the Consumer Electronics Show (CES), 2022.

Check Out : iOS 15.1, now available for iPhone, brings features like SharePlay and ProRes

The Consumer Electronics Show (CES) is organized every year. Usually, Samsung does not announce its smartphones in this event. Last year too, Samsung announced the Galaxy S21 lineup at its Galaxy Unpacked event, a few days after the CES event.

According to the recent news Samsung will present this new smartphone at the CES event because Samsung announced some of its products at this event. And this means that Samsung can announce the S22 smartphone series at its Galaxy Unpacked event.

Several tipsters took to Twitter to leak the launch date. Ross Young (@DSCCRoss), Max Weinbach (@MaxWinebach), and John Prosser (@jon_prosser) tweeted that the Galaxy S21 FE will launch in January. According to John Prosser, the Samsung Galaxy S21 FE will be unveiled on January 11, 2022, which Weinbach also confirmed in the comments on the tweet. As there is no confirmation from the company yet.