by Viveka Massey
in Entertainment, Movie
29 2
0 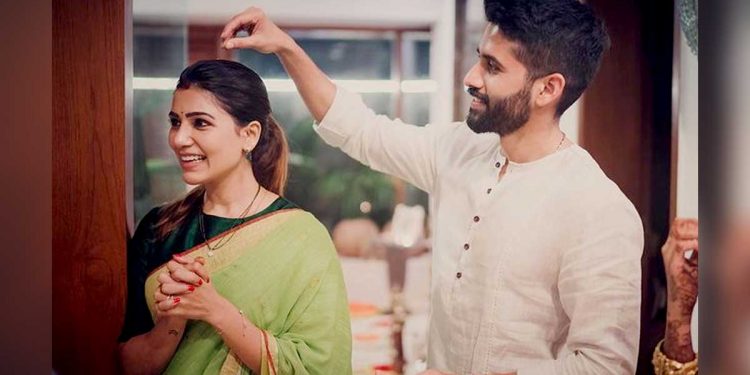 According to the media reports things are not well between the star couple. These reports are based on the behaviour of both the stars. The whole divorce rumour started when Samantha removed her surname Akkineni from her social media accounts. The couple doesn’t even post pictures of each other on social media anymore.

The stars are very disappointed with the whole thing. Especially Telugu star Akkineni Naga Chaitanya is disappointed about the fact that the media is using his and wife Samantha’s name for promotions.

Naga Chaitanya recently spoke about that during the promotions of his upcoming movie “Love Story.” During the promotions when he was asked questions about the rumours. The star reported said that from the very start of his career he wanted to keep his personal and professional lives separate which has learned from his parents.

The actor revealed that he is not much into social media. He also talked about the rumours he said, for any star, it is very painful when media is out there covering every detail about their lives. He further added, when his grandfather was in the industry there were only weekly and monthly magazines. Those magazines used to write confirmed news. But today media is going crazy and posing anything they want just for TRPs, readership, and views. He added he has decided to stop referring to them and that does not affect him anymore.

Samantha Ruth Prabhu gave the best reply to a reporter when she was asked about the rumours. A couple of days ago Samantha visited the Tirumala temple in Andhra Pradesh. When she was walking in the temple’s premises a reporter asked her about the divorce rumours. The actress snapped at the reporter and roughly said, “Gudiki vachanu, buddhi unda?” this refers to “I have come to a temple; don’t you have any sense?”

Nagarjuna posted a video on his father’s legendary actor Akkineni Nageshwara Rao aka ANR birthday. Samantha Ruth Prabhu tweeted and wrote “This is so beautiful” and she tagged Nagarjuna. But she quickly deleted the post and she posted again and this time she added the word ‘mama’ which means father-in-law in Telgu.

The star couple’s divorce news has left fans disappointed and on the other hand, the couple remains tight-lipped. They are not responding to any of the questions on the rumour.

Recently, the teaser of Naga’s latest movie Love Story released on social media. Samantha re-tweeted and wrote “Winner! All the very best to the team,” Naga re-tweeted “Thanks, Sam!”

Soon fans will get a clear idea about the divorce rumours. On 7th October the couple will celebrate their 4th wedding anniversary. If they wish each other and celebrate it will be clear that they are happy and still together and if they don’t then all the divorce rumours are true.