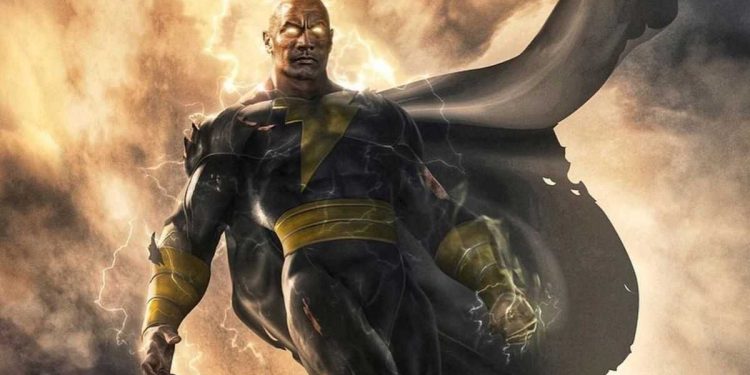 Black Adam featuring Dwayne Johnson is finally here to take your breath away. The trailer that has been released shows the look of Dwayne Johnson with all the superpowers that he possesses.

With the release of Dwayne Johnson’s Black Adam, fans are very excited about the look. Originally, Dwayne Johnson was about to play the role of Black Adam in the Shazam movie. However, with a sudden change in the development procedure, the decision was made that there will be two lead characters who will lead the films first. While in the 2019’s Shazam, Zachary Levi and Asher Angel made their debut. Black Adam by Johnson will soon hit the theatres by 2022 July. The director of this film, Jaume Collet-Serra has already worked with Johnson in his other Disney film named Jungle cruise.

The cast that has joined the Black Adam cast and Johnson are some of the known names playing Justice Society of America. This includes Noah Centineo as Atom Smasher, Aldis Hodge as Hawkman, Quintessa Swindell as Cyclone, Sarah Shahi as Adrianna Tomaz aka Isis, and Pierce Brosnan as Doctor Fate.

Apart from the teaser that offers a glimpse of the movie, the look of Johnson has ignited more excitement in people. He was wearing a custom that resembles a cloak and only a little was revealed about the movie. However, this new look of Johnson on Black Adam has been much loved and appreciated by his worldwide fans.

Before introducing his first look of the film Johnson said, “This film, this universe has been a gigantic passion project of mine for a very long time,” he also added,  “The film has without question some of the biggest action sequences I have ever been a part of.”

The initial part of this treasure features the behind the scenes which also comprises teases of costumes of the JSAs. This includes the logos for Hawkman, Atom Smasher, and Cyclone. In the second part of the video clip, you can find black Adam showing Adrianna Tomaz of Shahi finding the character of Johnson and waking him.

The prime takeaway of the black Adam movie footage is the origin of the character in the modern times. While Shahi’s character was cast, she was elaborated as the freedom fighter so it can be guessed that Black Adam will be helping in her endeavors. Apart from this, it can also be guessed the superpowers of the four characters.

While much anticipation is going around, the excitement will be on the high in 2022.