by Viveka Massey
in Entertainment, Movie
30 2
0 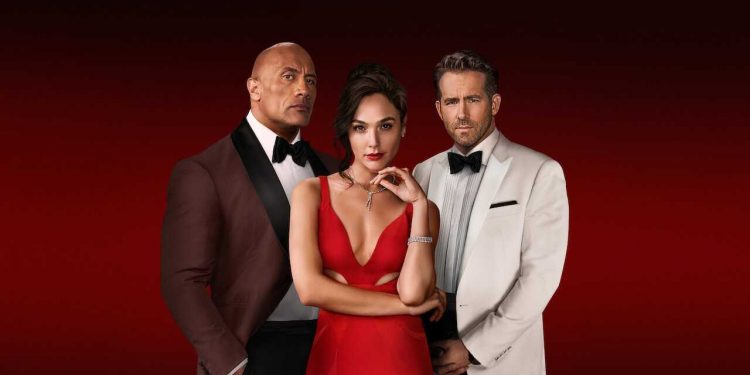 Earlier this month, Red Notice, directed by Rawson Marshall Thurber, hit Netflix. It is the biggest opening day film for Netflix. The film is

The movie stars Dwayne Johnson, Ryan Reynolds, and Gal Gadot in a worldwide adventure about art thieves. The film has got poor critics scores on Rotten Tomatoes. However, after all the poor scores, the movie is loved by the audience.

Red Notice is on the way to becoming the most-watched movie on Netflix. Last week, Johnson and Thurber celebrated the fact that the movie has been watched, by 150 million people.

According to Johnson’s latest Instagram post, the movie has officially beaten Bird Box as the streaming service’s most successful film.

“Nyet politsiya… Not a COP! Here are my slick talkin’ frenemy @vancityreynolds and I, giving you a taste of why RED NOTICE has officially become THE BIGGEST MOVIE IN THE HISTORY OF NETFLIX!!! In under two weeks, we’ve shattered all records, and we have many weeks to go. THANK YOU, GUYS, and enjoy RED NOTICE this weekend around the world 🌍,” Johnson wrote. You can check out his post below:

For johnson’s performance in Jungle Cruise, he was named the winner of the People’s Champion Award. It is certainly a well-deserved win for Johnson. Johnson has a lot to celebrate. His movie Red Notice was also a hit. The self-proclaimed “Dwanta Claus” is constantly giving back.

Recently Johnson was all over the internet for his heartwarming video that went viral this week. He showed his love to a fan by giving him a new truck. His heartwarming gesture was, loved by everyone.

Johnson took to Twitter to share a clip of him surprising fans at a screening of Red Notice. However, one audience member got an extra special surprise. A Navy veteran and personal trainer, Oscar Rodriguez. Oscar takes care of his mother, and he also volunteers to help women, who have been affected by domestic violence. He was called on stage by The Rock and then surprised with his new wheels.

“He is on the hunt for Ryan Reynolds who, plays the most wanted art thief in the world. Gal Gadot plays this mysterious figure in the art world. As the say high-jinks ensue.”