Rains Expected In Delhi, Haryana and Parts Of UP 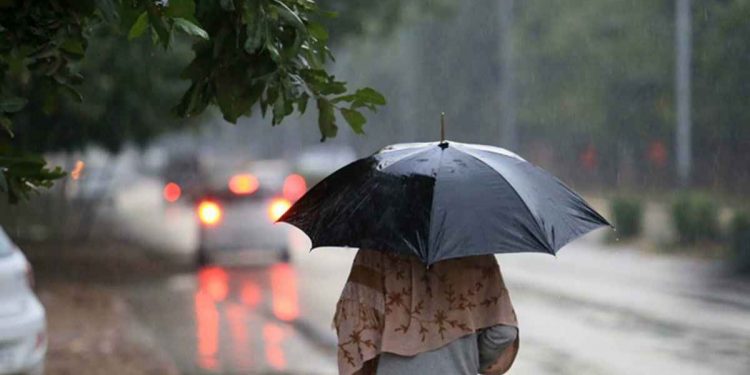 Thunderstorms with light to moderate intensity rain were expected in isolated areas of Delhi, Haryana, and Uttar Pradesh on Monday, according to the IMD.

Thunderstorms with light to moderate intensity rain were anticipated by the India Meteorological Department (IMD) in isolated portions of Delhi, Uttar Pradesh, and Haryana on Monday (July 5, 2021).

“Thunderstorms with light to moderate intensity rain will occur over isolated portions of South-west Delhi, Farukhnagar, Bhiwani, Charki-Dadri, Bhiwadi, Jhajjar (Haryana) and neighbouring regions over the next 2 hours,” the IMD said in a tweet Monday morning. Earlier in the day, rain drenched various sections of the city, making for a lovely afternoon in the Capital. On Saturday, the deluge lowered the temperature in the nation’s capital by several degrees. Due to the delayed monsoon, the temperature in the city has risen.

M Rajeevan, Secretary of the Ministry of Earth Sciences, also stated that the Southwest Monsoon is likely to resume its active phase after a hiatus, noting that forecast models suggest increased rain activity beginning July 8.

M Rajeevan, who has been studying the Southwest Monsoon for more than three decades, tweeted, “Models also provide an early indication of the formation of a weather system over BoB by the 12th & following active monsoon phase.” However, authorities from the IMD have stated that rainfall in areas of north India, certain sections of the south peninsula, central, east, and northeast India might be average to below normal.

The northern limit of the southwest monsoon (NLM) is now moving over Aligarh, Meerut, Ambala, and Amritsar, according to the Met Department. “Prevailing meteorological conditions, large scale atmospheric features, and dynamical model forecast wind patterns suggest that no favourable conditions are likely to develop for further southwest monsoon advance into remaining parts of Rajasthan, west Uttar Pradesh, Haryana, Chandigarh, and Delhi and Punjab over the next 4-5 days,” according to the IMD.

Subdued rainfall activity is highly likely to persist across the northwest, central, and western regions of peninsular India during the next 4-5 days as a result of this.