Singer-rapper Raftaar happens to be the first in India to be open to accepting cryptocurrency as his fee for performance. He also comments about the “smart contract component of blockchain technology” and how this one thing would actually solve a lot of problems faced in today’s world.

by Digi News Staff
in Entertainment
32 0
0 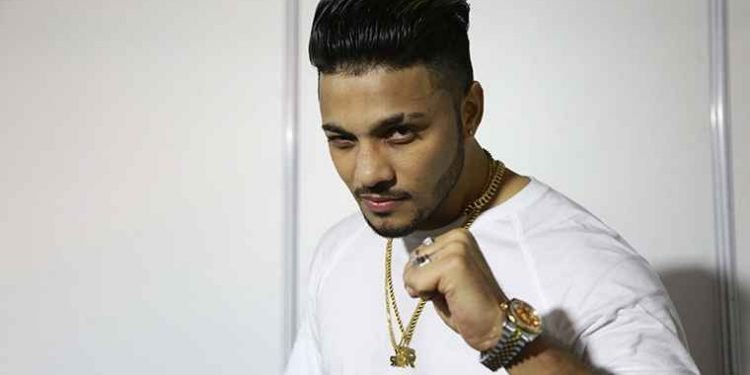 Singer-rapper Raftaar happens to be the first in India to be open to accepting cryptocurrency as his fee for performance. He is now advocating the future technology for erasing the discrepancies of the music industry and rewriting the financial system for musicians.

Raftaar in this context tells us, “In the creative economy, cryptocurrency advocates a new financial system for music that can support real-time revenue streams, and ultimately hand much more power to the individual artiste and redefine how they’re given due value for their work.”

This motivated him to accept and embrace virtual currency instead of the conventional form of money. For additional information on this, the virtual 60-minute performance is scheduled for the second week of July 2021 to be hosted in Canada, Ottawa for a private gathering of around 100 people.

Referring to this, he continues giving his opinion and says, “It was more like a vision that I wanted to explore and see how I can include this path-breaking model more inclusively and recurrently in my future dealings. And the credit goes to my manager of over 15 years and business partner, Ankit Khanna.”

It should however be noted that while the digital avenue might be on the rise, but that’s not being reflected in the career of musicians, the rapper clearly asserted.

“Performance-rights organisations and digital streaming platforms are increasingly inserting themselves into the value chain between artists and fans, with artistes receiving smaller cuts of revenue and having lesser say over how their creative works are priced, shared, or advertised,” laments the musician, known for rapping in foot-tapping numbers like All Black, Swag Mera Desi and Toh Dishoom.

Raftaar also shoves away any opinion of thought that musicians are raking in big money with all the music apps available today. Raftaar rubbishes it as a “false image.

He then continues to explain his point by stating that “With a huge labyrinthine ecosystem of labels, publishers, distributors, and royalty collectors, an artiste may not get paid for their work for quite some time — or at all. This is a huge issue, especially for smaller artistes who depend on that income as they’re getting started in the industry.”

He also comments about the “smart contract component of blockchain technology” and how this one thing would actually solve a lot of problems faced in today’s world.

“Smart contracts manage digital rights and allocate revenue shares to contributors to the creative process, replacing conventional contracts. Royalties could be designed to be more inclusive, offering fairer terms for all stakeholders involved in the creative process,” says the 32-year-old.

In fact, there are thousands of music artistes who’re especially cash-strapped when they can’t tour because of Covid-19, and smart tech can help them escape the laborious route to get royalties.

“Contracts and other sensitive information pertaining to an artiste’s career could be stored on a blockchain,” he exclaims, with excitement about the idea of a “peer-to-peer portal that automatically organises all of an artiste’s revenue streams. This doesn’t currently exist, thanks to the complications within multi-ownership of the music industry. But with blockchain adoption, it could be possible five years down the line.”