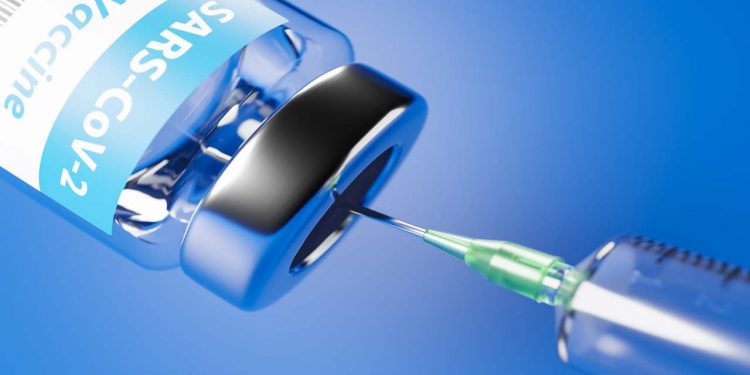 According to a study of healthcare workers (HCW) in India, COVID-19 two doses of Covishield vaccination generated more antibodies than two doses of Covaxin vaccine, although there were fewer incidences of ‘breakthrough infections’ following the latter.

The research is now being peer-reviewed and has already been sent to a publication, but it is available as a preprint on MedrXiv, an online resource, and is one of the few evaluations of vaccination’s real-world effectiveness in India.

The study, conducted by a group of doctors, found that none of the volunteers, who were all physicians and received both vaccine doses, were ill, and only roughly 6% tested positive at various points during the immunization schedule. While both vaccinations provided protection, the security provided by a single dose of each vaccination differed.

Because of the scarcity, it’s simpler for individuals to obtain a single dosage rather than both, especially because the suggested interval for Covishield has been increased to as much as 12 weeks.

From January to May 2021, 515 healthcare personnel from 13 states and 22 locations were examined for the research. Their blood samples were also examined for the presence, amount, and levels of particular antibodies directed to the virus’s spike protein, which is usually regarded as a surrogate for immunity.

According to the study, a single dosage of Covishield evoked nearly 10 times the antibodies as Covaxin, whereas a second dosage decreased the gap slightly, with Covishield-triggered antibodies being roughly six times those evoked by Covaxin. “On the other hand, even after a single dosage, Covishield demonstrated an excellent seropositivity rate and a 4-fold increase in median antibody titer,” the scientists write.

Consequently, 97.8% of individuals who had never had COVID and received two full doses of Covishield had quantifiable production of antibodies or were seropositive, compared to 79.3% of those who received Covaxin. It’s worth noting that just 90 of the 515 received Covaxin. Covishield accounts for the vast majority of vaccinations given in the nation, with approximately nine people receiving it for everyone who receives Covaxin.

Though most vaccines target the spike protein, the ICMR, and Bharat Biotech, the makers of Covaxin, have repeatedly indicated that because it is a vaccine made from an inactivated virus, it elicited a “broader immune” response, meaning antibodies directed at various parts of the coronavirus to neutralize it. T-cell immunity, which is thought to provide longer-lasting protection, was not assessed in the study.

However real-world effectiveness data for Covaxin and India-specific data for Covishield aren’t yet available, recent studies have found that most vaccinations, including Covaxin and Covishield, diminish reactivity to select coronavirus variations like B.1.617.2 or the Delta variant.

The researchers also looked at the impact of gender, historiography of testing positive for COVID before immunization, and co-morbidities on immunological response.