Netflix: The platform will premiere the Kota Factory Season 2 next month.

The second season of the hit web series Kota Factory will premiere on 24 September on Netflix. 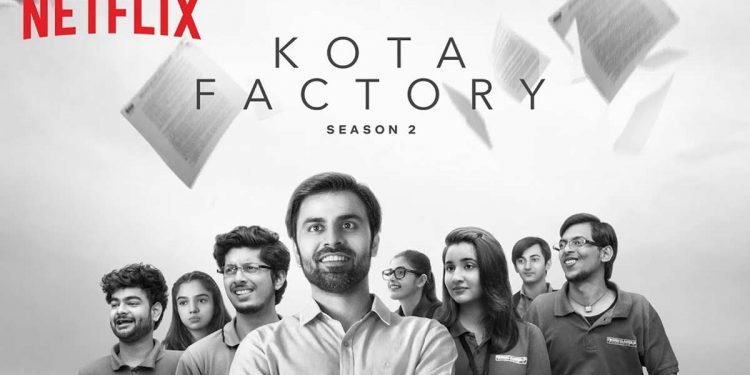 At last, the wait for another exciting web series will be over. The second season of Kota Factory, the hit web series especially among students, will hit the OTT platform Netflix on 24 September. The first season of Kota Factory was aired in 2019 on The Viral Fever. The series got tremendous love from fans, and since 2019 fans were waiting for the next season. Now the wait is over as Netflix dropped the teaser of the second season. The makers have also shared the teaser of the second season.

Kota Factory showcases the life of students who prepare for competitive exams. The story revolves around the students who move to Kota, the coaching industry hub in North India, to prepare for various entrance exams. One of them is Vaibhav, who moves to the city from his hometown Itarsi. It shows the struggles he faces, his relationship with his friends, and his aim to get admission into IIT. The primary attraction of the show was the character of Jeetu bhaiya, played by Jitendra Kumar. The audience truly loved the character and made it famous overnight. Jitendra Kumar will reprise his role as Jeetu bhaiya in season 2.

In the second season, the show will continue to follow the life of Vaibhav. In the teaser, the students learn that Jeetu bhaiya, their favorite physics teacher, has left their coaching. However, later Jeetu bhaiya enters with some wise words.

Raghav Subbu, the director of the show said, “As a director, I try to create stories that inspire and enthrall audience throughout. Season 2 of Kota Factory will chronicle the journey of students at Kota and the struggles they face daily, which will make it more engaging and realistic.” Subbu further added, “The compelling story and spectacular performances will keep the audience intrigued.”

Tanya Bami, Director of International Originals, Netflix India said, “We are excited to bring back the favorite characters Vaibhav, Uday, Shivangi, Meena, and Jeetu Bhaiyya in the second season of Kota Factory on Netflix.” She added, “Just like the previous season, this season too is rich with authenticity and relatability of college life. The choices and struggles of the youth not just in Kota, but everywhere in the country too.”

Check Out : Mumbai diaries 26/11: A homage to all the frontline workers.

Jitendra Kumar about his character.

Jitendra Kumar is very connected to his character Jeetu Bhaiya. Before his acting career, Jitendra was living in Kota and preparing to crack IIT. He was successful in that, and after that, he took admission to the Indian Institute of Technology Kharagpur. While talking about his character, Jitendra told India Today about his experience, “Considering my experience of studying in Kota, it was a lot easier in portraying my character in Kota Factory as real. I was comfortable in speaking the dialogues as I was familiar with the lingo and the technical words that are usually used. In the initial days, Abhishek Yadav, Saurabh Khanna, and I had a brief talk about how the character of Jeetu Bhaiya would be. While the two wanted to portray a larger-than-life image of the teacher, I was a bit skeptical about whether such teachers existed in real life or not. However, they were pretty convinced that it will have an impact on the audience, and they made me believe too”.