After Mehul Choksi’s “mysterious” disappearance from Antigua on May 23, he was detained by the Dominican authorities on May 25. The Antiguan government has since then, urged the neighbouring Caribbean nation to "directly extradite" him to India. 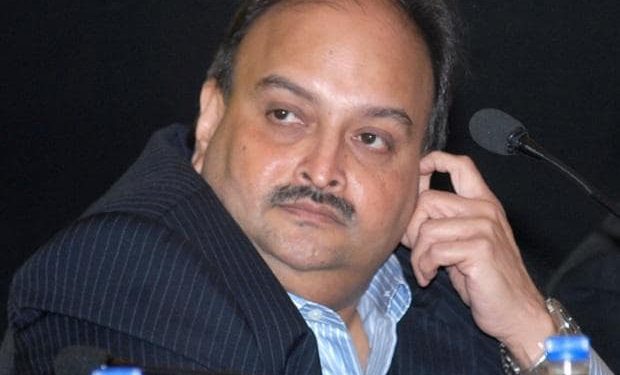 The hearing of the extradition case of fugitive Indian diamantaire Mehul Choksi was adjourned on the 3rd of June by the Dominica High Court. Choksi, till further orders are made, will remain in Dominica.

The next date of hearing has not been decided yet. However, News 18, citing inputs received from Dominican scribes, has reported that the net hearing will be held probably on the 1st of July.

The Dominican Public Prosecution Service has reportedly appealed to the Eastern Caribbean Supreme Court in the High Court of Justice Commonwealth for approving the 62-year-old’s extradition to India. However, the defence counsel has put forward an argument saying that Choksi should not be repatriated to India, but to Antigua, as he had accepted the citizenship of the latter.

According to reports, both sides will have to file detailed submissions before the court.

The Antiguan Cabinet noted, earlier in the day, that it would prefer Choksi to be sent directly to India. It stated that “Choksi has become Dominica’s problem at this time. If he finds himself in Antigua, the problem reverts to Antigua and Barbuda. The preference of the Cabinet of Antigua and Barbuda is for Choksi to be repatriated to India from Dominica.”

Mehul Choksi was detained by the Dominican authorities on May 25th and was charged with “illegal entry” into the island nation. On the 2nd of June, he presented his bail plea which was rejected by a magistrate court in Dominica.

Through a statement issued on May 27th, the Dominican home ministry suggested that Choksi would be repatriated to Antigua after details related to his citizenship in the neighbouring country gets verified.

However, within a few hours, the Eastern Caribbean Supreme Court in the High Court of Justice Commonwealth of Dominica restrained the Dominican government from extraditing Choksi and the police were requested to allow him to meet his legal counsel.

Choksi was staying in neighbouring Antigua and Barbados since 2018 and “mysteriously” disappeared on the 23rd of May. He was then “caught” in Dominica, two days after, as he was trying to enter the country taking a sea route using a yacht.

The Prime Minister of Antigua and Barbados, Gaston Browne, said he has learnt that Choksi was on a romantic trip to Dominica with a “girlfriend”. Prime Minister Browne told ANI, a news agency, that he does not want to accept Choksi back, and has urged the Dominical counterparts to “directly extradite him to India”.

Choksi’s legal counsel has alleged that he was “picked up” at Jolly Harbour of Antigua and Barbuda by Indian-looking men and Antiguan policemen and was put in a vessel.

In early 2018, Choksi, along with his nephew Nirav Modi, had fled India, days before his name propped as the main accused in a fraudulent loan scam, which led the state-run Punjab National Bank (PNB) defrauded to the tune of Rs 13,500 crore.