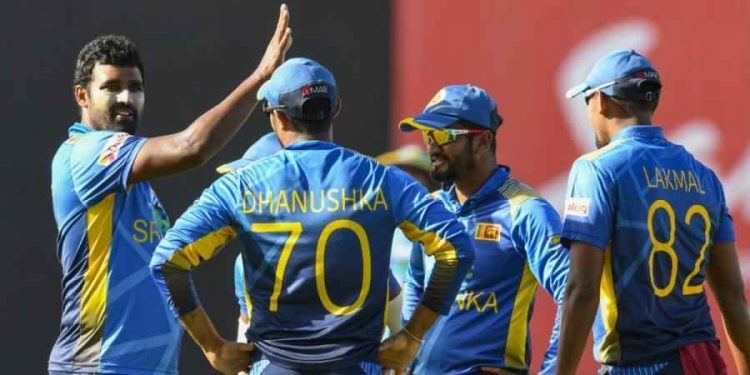 Upcoming India vs Srilanka series Things have not been going quite well for the Sri Lankan cricket team lately. After their disappointing performances on the field during the past few years, the team continues going through a state of turmoil as five players- Vishwa Fernando, Lasith Embuldeniya, Lahiru Kumara, Ashen Bandara and Kasun Rajitha have refused to sign the contracts for the limited-overs series against Team India that was supposed to start on July 13 but has been postponed to July 18 due to the outbreak of Covid- 19 in the Sri Lankan camp.

There have been a number of unresolved issues going on between the players and the SLC regarding the central contract, which was formulated by the former skipper and currently Chairman of the Cricket Advisory Committee of SLC Aravinda de Silva, and the Director of Cricket Tom Moody. This contract basically stated that the players would be evaluated based on some key performance indicators and their incentives would be based on their performances. Nishan Premathiratne, the lawyer representing most of the players expressed that the process in which the contracts were allotted was not transparent enough for the players and that they were quite unhappy with the compensation that is being proposed to them as it is almost one-third of what other cricket playing nations receive. They were also disappointed with the SLC’s decision to announce the details of the contract publicly, which resulted in their pay being revealed to the public eye.

After 24 national players refused to acknowledge the agreement, the board came up with a fresh contract that was ‘tour-based’. Cricketers had to sign this contract in order to represent Sri Lanka while the issues between the board and the players were being resolved.

The five players did not join the bubble in Dambulla or Colombo and have been left out of the residential camps, due to their reluctance to sign the contract.

The series between India and Sri Lanka has already come under a lot of scrutinies, with certain veteran players from Sri Lanka calling it a disastrous phase for Sri Lankan cricket. This is because the Board of Control for Cricket in India, which is already fielding a team in England, which is in preparation for a Test series against the hosts, sent in a second team, consisting of younger, less experienced players. Labelled as a second-string Indian team that came to Sri Lanka, drew a lot of flak for the Lankan board and their management of the sport in the country, with the experts and retired players alleging the board to have brought cricket down to a level where boards of other countries are sending in their second-string teams to play against them once champions of world cricket. Shikhar Dhawan and Bhuvneshwar Kumar have been named the captain and the deputy respectively for the six-game white-ball tour. The ODI matches will be held on 18th, 20th and 23rd July in the Premadasa Stadium.