Lady Gaga and legendary singer Tony Bennett come together once again to create some magic for their upcoming album Love for Sale.

by Viveka Massey
in Entertainment, Music
31 0
0 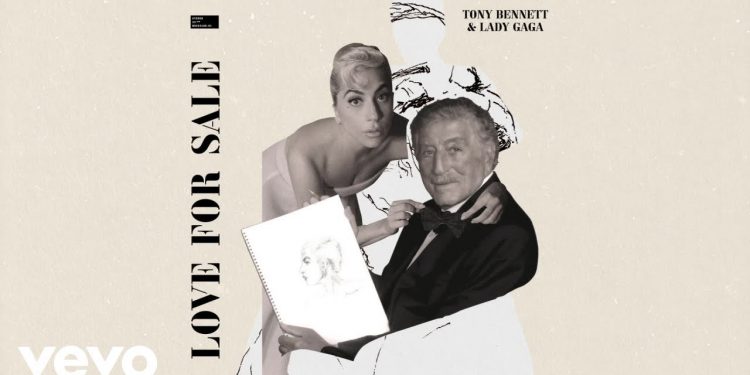 Tony Bennett and Lady Gaga released a new trailer for their upcoming album ‘Love for Sale’ to give fans a peek behind the scenes. ‘Love for Sale’ is a tribute album dedicated to late American composer and songwriter Cole Porter.

Bennett has released tunes like ‘Love for Sale’ and ‘I Get a Kick Out of You’. The forthcoming LP also features tracks among the likes of ‘It’s Lovely’, ‘I’ve Got You Under My Skin’, ‘Let’s Do It’ and ‘You’re the top’. Several months after Bennett’s albums were released, his family revealed that Bennett has Alzheimer’s disease.

The singer recently celebrated his 95th birthday. Benedetto Bennett’s wife said on CBS that Bennett still remembers Gaga. She is a wonderful woman, and most importantly she is hard to forget.

Both the singers (Gaga and Bennett) released their new cover on MTV. The singers sang the tune looking at each other eyes lovingly. The highlight was deep and showed the mutual adoration they have for each other. Tony said in the interview, “Love for Sale is the last album we both have created together. However, the celebration of jazz and us will be with me forever. We are offering Love For Sale to the public for free love and to make them smile because that’s what we’re here for.”

Lady Gaga shared the trailer on her Instagram handle. She shared the post and captioned it, “Our new album ‘Love For Sale’ is only 3 days away! A full album trailer is out now on my YouTube channel and features a few clips of new songs on the album and some special moments between Tony and me @itstonybennett.”

Gaga explained at the opening of the trailer that in September 2014 when she and Bennett released their first joint album ‘Cheek to Cheek,’ he called her right after that to say that he wanted to work with her again. Further, Gaga added, “It was the next day after the record was released. Bennett said he wanted to make a Cole Porter record with me, and I said I would do it, and then We did it!”

Check Out : No Time To Die: The Last Film Of Daniel Craig Has The Royal Premiere in The UK

In the newly released trailer, Bennett also added, “She’s got so much talent that when we’re together, something very good happens.”

In the clip, Gaga says, “I’m having the best time recording the music, it is joy, and this kind of joy is missing from today’s music. It is very special for me. I get to sing these songs, they are like the nectar of happiness, and we don’t get that every time in the world. I am happy I will be able to share this with others when the album comes out.”

According to a report by Variety, Love For Sale will be the final recording of Bennett’s career and Bennett and Gaga’s decade-long history together. The album ‘Love for Sale’ will be released on October 1.