Krishna Janmashtami will be celebrated on 30 August this year. Let’s dive into some facts about the festival. 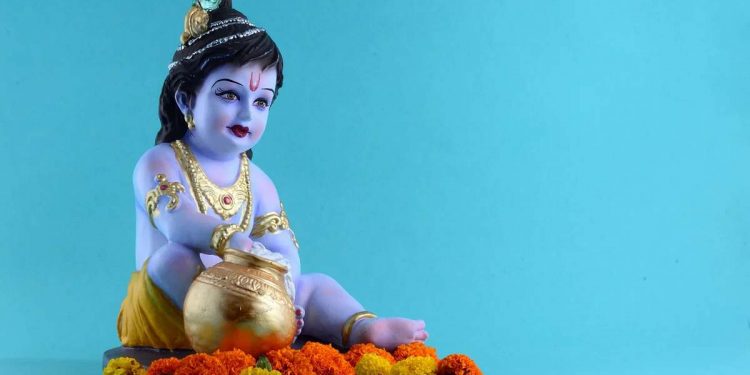 Krishna Janmashtami will be celebrated this Monday. For those who don’t know, Krishna Janmashtami is celebrated in the Indian subcontinent for the birth of Lord Krishna. According to Hindu mythology, Lord Krishna was the incarnation of Lord Vishnu, known as the operator of the world. During his time, Lord Krishna did innumerable things to spread awareness of Dharma (A concept to differentiate between right and wrong). He killed several demons to help humanity. Also, Lord Krishna killed his maternal uncle, Kansa (then king of Mathura), putting an end to his injustice and liberating the people of the Mathura region. Later, he participated in what was known as the biggest battle of the Indian subcontinent, Mahabharata. At the starting of the Mahabharata battle, Lord Krishna preached to a warrior Arjun. Those sermons were later known as the Bhagwad Geeta, the essence of Dharma.

The biggest celebration happens in Mathura, where thousands of people gather for the rituals. According to mythology, Lord Krishna was born as the eighth son of Devaki and Vasudev in the prison of Mathura at midnight. So, in celebration, the rituals of birth usually start at midnight every year. People fast for the day and break it after the birth rituals at midnight. Devotees decorate Lord Krishna’s idols with flowers and peacock feathers (mor pankh). They also offer maakhan (butter), curd, and milk at the ritual.

Check Out : Ever heard about noodles as prasad? Check this Temple in Kolkata

Dahi Handi events are also organized at several places in the country. Devotees decorate the several krishna temples, iskcon temples and their homes. This year Janmashtami will be from 11.59 PM on August-30 till 12.44 AM on 31 August. People can break the fast early in the morning after 5.58 AM this year on 31 August.

In the Hindu religion, Lord Krishna is one of the most cherished gods. Some innumerable people have devoted their whole life to the service of Lord Krishna. The Bhagwad Geeta is cherished across the globe as it tells the essence of life. People enjoy the stories of Lord Krishna and try to find meanings even in small things. Lord Krishna describes greatness in every way. Whether it is the legendary sermons of the Bhagwad Geeta or the politics he played in the Mahabharata battle, the significance he left is still inspiring the generations.