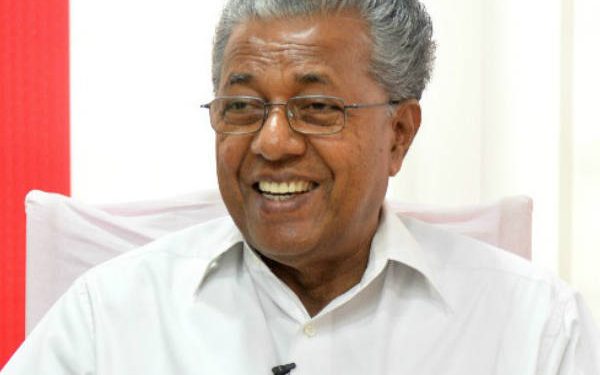 The Pinarayi Vijayan Government will be sworn official on May 20th. This event will be held to have a 21 member cabinet, as stated on Monday, by the LDF convenor and CPI(M) acting state secretary, A. Vijayaraghavan. The oath-taking ceremony of the Left Government, as decided, will be a low-key affair with the Covid Situation in mind, that is, there will be limited invitees. This information was provided by him, after the much-important State Committee Meeting of the Left Democratic Front.

He also commented about the decision regarding the portfolios of the ministers. He stated, “Since the LDF has got immense support from every section of the people during the assembly elections, we want to create a government in which all classes are represented, which can live up to the expectations of all. “

A comment from the CPI(M) leader was also received in the words, “For the time being, a decision has been taken to form a 21-member government.”

The segregation of this government is as such:- CPI(M), the largest coalition partner in LDF, will have 12 members in the cabinet, the second largest of the party, that is CPI, will get 4 nominees, and the rest, that includes,

Kerala Congress (M), Janata Dal (S), and Nationalist Congress Party (NCP) would have one representative each, as said by A. Vijayaraghavan.

Keeping in mind the ban on having more than 21 members in the cabinet, decisions have been made to share the ministerial berths to its allies, precisely four of them, having a single MLA on a term basis.

With this information in hand, it is clear that Antony Raju from Janadhipathya Kerala Congress, K.B. Ganesh Kumar from Kerala Congress-B, Ahammad Devarkovil from Indian National League, and Ramachandran Kadannapally from Congress-S would be inducted into the cabinet in two phases. The Speaker and Deputy Speaker Posts will be given to CPI(M) and CPI respectively and the Chief Whip post would go to a KC-M nominee.

It would be on Tuesday that the LDF parliamentary party leader would be elected. After this is done, the Governor will be consulted with regarding the swearing ceremony.

Pinarayi Vijayan, who chaired the LDF state committee meeting at the CPI(M) headquarters AKG Centre cut a cake with the company of the front leaders in celebration of their historic victory in the April 6 Assembly polls.

In the same meeting, homage was also paid to the late R. Balakrishna Pillai who passed away earlier this month.

The LDF retained its power in Kerala with 99 seats, thereby defeating its rivals, that are, The Congress headed United Democratic Front(UDF) and BJP-NDA.