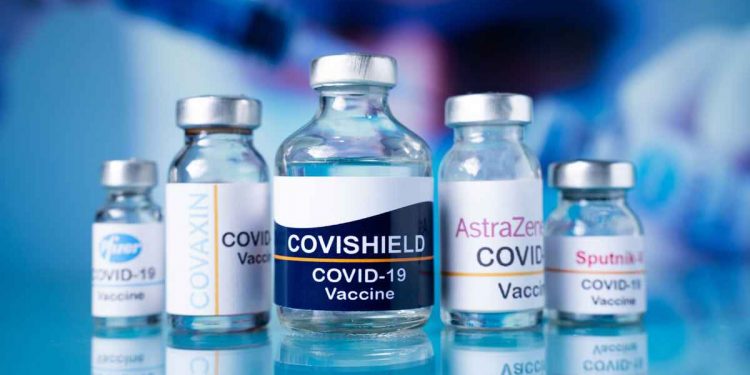 According to reports, Covishield and Covaxin must be reported in the European Union’s digital Covid certificate.

The European Union’s refusal to accept Indian-made vaccines for its “vaccination passport” has sparked a diplomatic spat with New Delhi. According to foreign ministry sources, India would implement a reciprocal quarantine exemption programme. This means that Covishield and Covaxin certifications will not be considered in the count until the European Union recognises them.

According to reports, the European Union has been informed that Covishield and Covaxin must be included in its digital Covid certificate. People who have been vaccinated with Covishield are unlikely to be allowed to travel to European Union member states under the new “Green Pass” programme. Only vaccines authorised by the European Medicines Agency, such as those made by Pfizer, Moderna, AstraZeneca, and J&J, are accepted in EU nations.

However, Covishield, AstraZeneca’s Indian subsidiary, has failed to receive approval. When asked about the disparity by news agency ANI, European Union ambassador to India Ugo Astuto replied, “Every vaccine clearance procedure must be handled on its own basis.

Serum Institute sources stated on Tuesday that its European partner, AstraZeneca, has sought for EU approval for Covishield. However, the European Medicines Agency stated that it has not received a request for Covishield authorisation.

Foreign Minister S Jaishankar met with a top EU official on Tuesday to discuss the inclusion of Covishield in the Vaccination Passport. “The manufacture and distribution of vaccines were discussed. For travel to Europe, I obtained a ‘Covishield’ authorization. I’ll follow up with you, “Mr. Jaishankar sent out a tweet.

Nations importing Covishield will face legal difficulties if the EMA does not approve it. Covaxin, a locally produced vaccine, is seeking WHO clearance for emergency use permission.