ICC T20I World Cup 2021: India vs Pakistan, time to sit back and watch the battle.

Tomorrow, India will start its T20I World Cup 2021 campaign with a match against Pakistan. Archrivals will face each other in T20 format after five years. 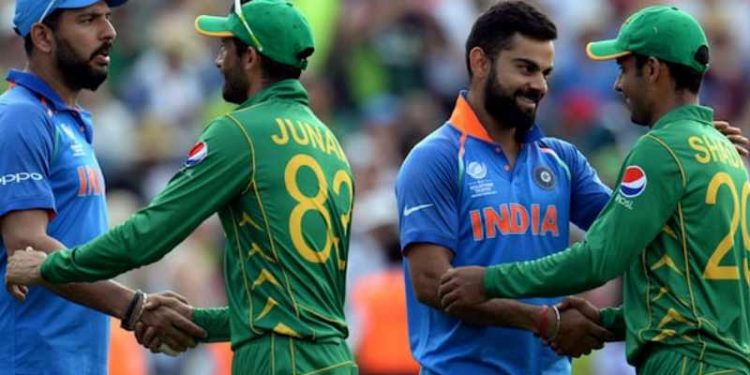 The ICC T20I World Cup 2021 has started on 17 October. In this World Cup, Team India will start its campaign by playing its first match against archrivals Pakistan. Both teams will face each other at the Dubai International Cricket Stadium on 24 October. If we look at India vs Pakistan match in the T20I World Cup, these two teams have met 5-times so far, in which India came out victorious every time. Let’s take a look at India vs Pakistan rivalry in the T20I format.

As mentioned, India and Pakistan have faced each other on five occasions in the T20I World Cups, in which Pakistan has failed to win even a single game. Overall, both teams have played 8 T20I matches, in which six times India came out victorious, and one game was a draw. So, in total, Pakistan has managed to win only one game against the Indian Cricket Team.

The rivalry between India and Pakistan started with the entry of both nations into international cricket. It produced several memorable moments and matches over the years. The intensity in an India-Pakistan cricket match is not only limited to the players. It occupies the attention of the whole nation (Both nations). As for the stats in other formats, India and Pakistan faced 132 times in ODIs, in which Pakistan has 73 while India has 55 ODIs to its name, and four matches got cancelled. Apart from this, both the teams clashed in 59 Tests, in which India won 9 and Pakistan won 12 times. On thirty-eight occasions, the match was a draw.

These stats may represent that Pakistan had the upper hand over India, and to some extent, it’s true. However, Pakistan failed to defeat India in any World Cup (T20I or ODI) even a single time. Moreover, Pakistan only has a single victory against India in any ICC cricket tournament. While it’s true that once Pakistan Cricket Team was slightly stronger than India, the last two decades tell a different story.

The last clash of the two teams was in the ODI World Cup in England, in which India won by 89 runs. On the other hand, in the T20 World Cup, both the teams have clashed five times. In which the Indian team has hoisted the winning flag in all the matches. Both the teams last met in the T20 World Cup in 2016 in Kolkata. India defeated Pakistan by six wickets in this match. Batting first, Pakistan had scored 118 runs, which Team India achieved with six wickets based on 55 runs from Virat Kohli.

In the end, we wish good luck to both teams for the T20I World Cup. May the best team (India) will win the clash.