Head coach of the Indian Cricket Team, Ravi Shastri, clarified that the main objective in the two warm-up matches is to gauge the form of the players. 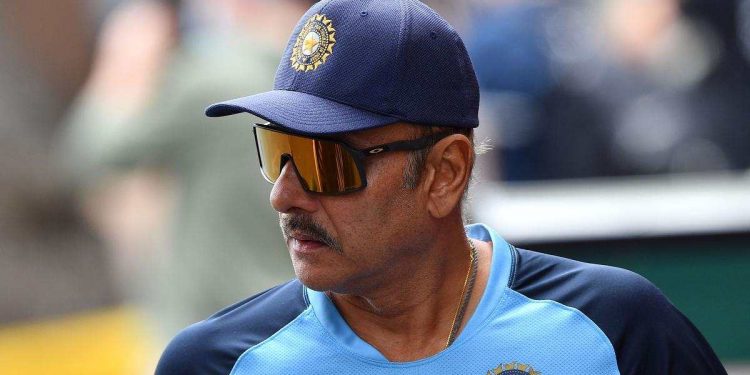 Team India will start its World Cup campaign with a match against Pakistan on 24 October-2021. Ravi Shastri on Monday said- the team will decide whether to keep extra pacers or spinners in the playing XI based on the dew conditions during the ICC T20 World Cup campaign against Pakistan starting October 24. India has to play all the matches in the evening slot, and in such a situation, the role of dew becomes significant. Due to excessive dew, it becomes difficult for the spinners to make grip on the ball.

Shastri, who is participating in his last tournament with the Indian team, clarified that the main objective in the two warm-up matches against England and Australia is to gauge the form of the players. Shastri told official broadcaster ‘Star Sports’, “We will try to see how much dew is and accordingly decide to bat or bowl first. It will also help us in deciding whether to have an extra spinner or a fast bowler in the playing XI.”

Shastri said that IPL had been a perfect preparation tournament for Indian players, most of whom have been regular players for their respective franchises. He said, “The boys have been playing IPL for the last two months, so I don’t think they need much preparation. It’s more about them being together and adapting together.” Asked about the specific benefits that one can get from practice matches, Shastri said, “Everybody can bat, and everybody can bowl. So this will help us to get an idea of ​​who is doing how. Not actually, we’ll see how things go and work around a combination.”

Check Out : Check Out the 4 Major Points to Find Out The Possibilities to get the Top Position between CSK and DC

As for the first warm match of the Indian team against England, India beat England by 7-wickets on Monday. The Indian team achieved the target of 189 runs for victory in 19 overs. Ishan Kishan scored the highest 70 runs (retired) for India.

After this T20 World Cup, Skipper Virat Kohli will also step down from the leading position in T20 format. The Indian team will play its next warm-up match against Australia on Wednesday.