Everyone seems to like the kit worn by the Scotland team in the ongoing T20 World Cup. A 12-year-old Scottish girl has designed this kit. 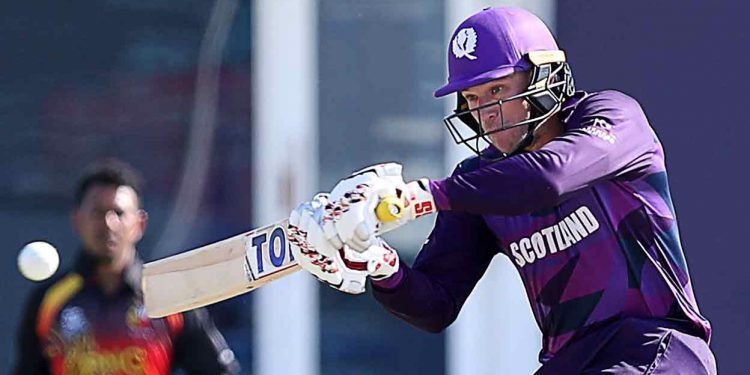 ICC T20 Cricket World Cup has started with its qualifying round and warm-up matches. In the qualifying round, eight teams are fighting for the spots in the final twelve. Among these teams, Scotland is getting praise for its performance. Scotland managed to beat Bangladesh in the first qualifier match. It resulted in a do-or-die situation for Bangladesh Cricket Team.

Apart from this, Scotland is also getting praise for their official jersey in the ongoing T20 Cricket World Cup. This time the kit worn by Scotland in the World Cup is being praised a lot. This kit was designed by a 12-year-old girl who is now making headlines in the cricket world.

Actually, before the start of the World Cup, Scotland Cricket had organized a competition. In which, different designs were asked from about 200 school children. From these entries, the design of Rebecca Downie was selected. The kit of Scotland shining with purple colour is also being liked by Twitter users. Everyone is telling it the best kit of the World Cup.

When Scotland’s team landed in the T20 World Cup against Bangladesh, it was a special day for 12-year-old Rebecca Downie. The Scotland team also met Rebecca Downie before coming to the World Cup.

As for the performance front, Scotland has become a favourite to qualify for the final twelve after beating the Bangladesh team. It also made things hard for Bangladesh as now they have to win their next match against Papua New Guinea. Even after that, their qualification will depend on the performance of Oman. As for Scotland, they also won the game against Papua New Guinea on Tuesday.

With the help of Chris Greeves’ 45 runs and 2 wickets, Scotland won the match against Bangladesh by 6 runs. They beat Papua New Guinea by 17 runs, and Richie Berrington got the Player of the Match award for his 70 runs inning.

As for the Indian Cricket Team, they won their first warm-up game against England by 7 wickets. India will play their next warm-up match against Australia. The official T20 World Cup campaign of team India will start on 24 October-2021 against archrival Pakistan.