Hungama 2 Trailer – What Can You Expect? 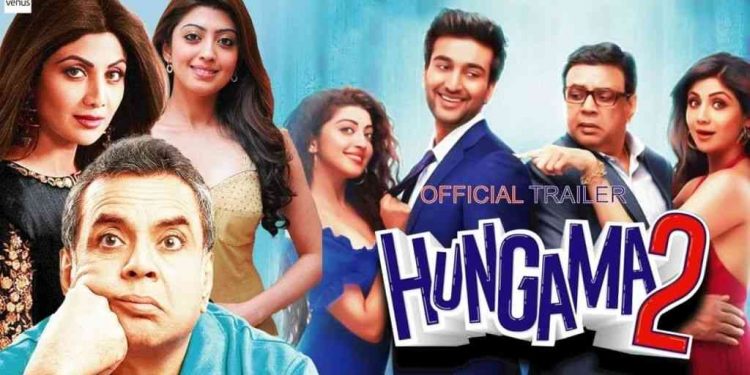 The Hungama 2 trailer is now here. Shilpa Shetty’s 14-year hiatus comes to an end with Priyadarshan’s Hungama 2, a follow-up to his 2003 film Hungama. Paresh Rawal, Meezaan Jaaferi, Pranitha Subhash, Johny Lever, Rajpal Yadav, and Ashutosh Rana also feature in the film. Shilpa Shetty plays the gorgeous wife of Radheshyam Tiwari, played by Paresh Rawal, who suspects his wife of having an affair with a young guy (played by Meezaan). Paresh Rawal, who played Radheshyam Tiwari in the 2003 film, reprised his role.

With the aid of Shilpa Shetty, Meezaan’s character in Hungama 2 tries to clear up the misconception that he is the father of his college sweetheart’s newborn daughter.

In addition to Paresh Rawal and Rajpal Yadav, Akshaye Khanna, Aftab Shivdasani, and Rimi Sen featured in the 2003 Hungama. Shakti Kapoor, Tiku Talsania, and Shoma Anand had minor parts in the film.

Hungama was a remake of the Malayalam film Poochakkoru Mookkuthi, which was released in 1984. Shilpa Shetty’s first film in 14 years is Hungama 2. Her most recent appearance was in the 2007 film Apne.