How I Met Your Father: Hilary Duff shared her first look in the show.

Hilary Duff shared her first look on Instagram as Sophie in the spinoff of the show How I Met Your Mother.

by Viveka Massey
in Entertainment
29 2
0 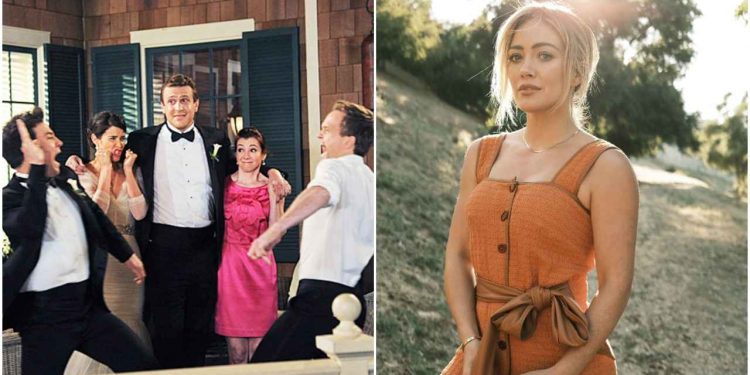 Hilary Duff – ‘How I Met Your Mother’ was one of the longest-running sitcoms in the history of tv shows. The show got a lot of love and appreciation from the audience. Some people even compared it with the hit tv sitcom ‘Friends’. It has been seven years since the show ended, but it still has its fan base. Now for the fans who still miss the show, the creators of HIMYM is ready to make a spinoff name ‘How I Met Your Father’.

About How I Met Your Father

According to the speculations, the new spinoff will have the same theme as its predecessor. However, the lead character will be a female telling the story to her son. Hilary Duff will take the lead in HIMYF, and the name of the character she’ll play is Sophie. Fans loved the lead character, Ted Mosby, in HIMYM and his journey to find love. Just as Ted told his kids about his struggles, friends, relationships, and all the ups and downs he’s been through, Sophie will tell her son the same. However, her story will take place in modern times with social media, dating apps, etc. The comedy series will consist of ten episodes and will air on Hulu. Creators have not yet declared the air date for the show.

Taking the lead in HIMYF, Hilary Duff will portray the character of Sophie. As the show’s protagonist, she will narrate the show. She will tell her son about how she met his father. According to some reports, the plot will take place in New York in the year 2021. Recently, Hilary Duff shared her first look as Sophie to her Instagram handle with the caption, “Hello, I’m Sophie.”

“I’ve been incredibly lucky in my career to play some wonderful characters, and I’m looking forward to taking on the role of Sophie. As a huge fan of How I Met Your Mother, I’m honoured and even a little nervous that [HIMYM creators] Carter and Craig would trust me with the sequel of their baby,” Duff said, per Deadline. “Isaac and Elizabeth are brilliant, and I can’t wait to work alongside them and all of their genius. Just fangirling over here getting to join the Hulu Originals and 20th families. I realize these are big shoes to fill, and I’m excited to slip my 6 ½s in there.”

Check Out : All My Friends Hate Me: Review

The Cast of the Show

Other than Hilary, the cast includes Francia Raisa as Sophie’s roommate, Valentina, Tom Ainsley as Valentina’s boyfriend, Charlie, Chris Lowell as Jesse, Tien Tran as Ellen, Josh Peck as Drew, Ashley Reyes as Hannah, and Daniel Augustin as Ian. None of the cast members of ‘How I Met Your Mother’ is confirmed to show up on the spinoff.

The fans of the show are waiting for the announcement of the air date. HIMYM was a legend-wait-for-it-ary show. Let’s hope that the spinoff will be able to fill the shoes of its predecessor.