Hive: Sundance triple winner has been selected for the International Oscar entry.

Hive won all three major awards at the Sundance film festival this year. Now, it has been selected for the International Oscar entry.

by Viveka Massey
in Entertainment, Movie
30 1
0 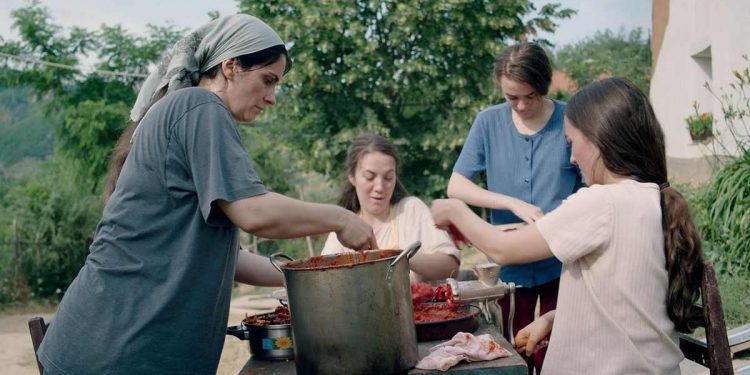 This year at Sundance Film Festival, Hive became the first movie to win all three major awards. The film won- the Grand Jury Prize, the Audience Award and the Directing Award -in the World Cinema Dramatic Competition. Now, achieving new heights, It was selected as the Kosovan entry for the Best International Feature Film at the 94th Academy Awards.

The film is based on the true story of Fahrije (Yllka Gashi) who’s husband went missing during the war in Kosovo. She lived with fading hope and burgeoning grief like many of the other women in her patriarchal village. To support the troubled family, she gathered other widows in the community to start a business selling local food. She goes against the expectations of society to become an entrepreneur. She started selling her handmade ajvar and honey. They found healing and comfort when thinking about a future without a husband. However, their willingness to start an independent life was met with hostility. The men in the village condemned Fahrije’s efforts to empower herself and the women around her, sparking a dispute that threatened her new sovereignty.

Hive is written and directed by Blerta Basholli. It is the directorial debut of Blerta Basholli. Basholli completed her graduation from Tisch School of Art of New York University. Her short films- Lena and Me, Gjakova 726, and Mirror, Mirror have been shown at the festival.

In the World Cinema Dramatic Competition section, the film had its world premiere at the 2021 Sundance Film Festival on 31 January-2021. The film was produced by Ikone Studio, Industria Film and, was co-produced by AlbaSky Film, Alva Film, Black Cat Production.

The film received positive reviews from critics. And it currently holds a 100% approval rating on Rotten Tomatoes. Zeitgeist Films in, collaboration with Kino Lorber will exclusively release the Hive at the New York Film Forum on 5 November-2021. The film will be screened at the Laemmle Theatre Royal in Los Angeles on 12 November-2021. The deadline for submission of International Feature Films at the 94th Academy Awards is November 1. The list of 15 finalists will be announced on December 21, 2022, and the five finalists will be released on February 8, 2022. The Oscar Awards Ceremony is scheduled for 4 March-2022.

Hive is Kosovo’s eighth Oscar entry, and the country has yet to secure a nomination. Last year Kosovo submitted Visar Morina’s Exile for the international feature-length Oscar. The 2021 International Feature Oscar went to Denmark’s Another Round.