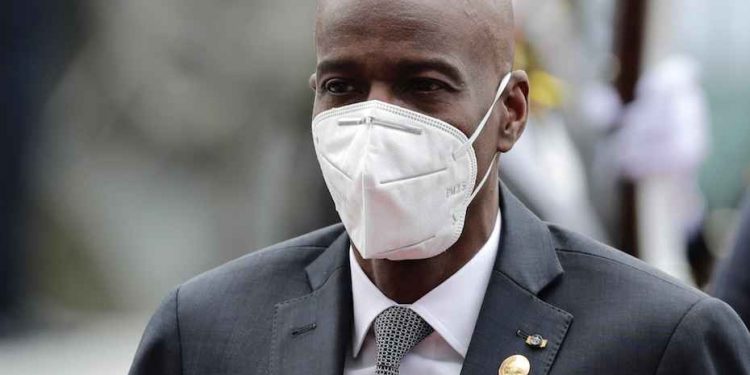 Officials in Haiti claimed that at least 17 people were held in the assassination attempt on President Jovenel Moise. They also stated that 15 Colombians and two Americans were among them. Authorities said that at least eight other suspects were still on the run.

According to the New York Times newspaper, the two US citizens who were not present in the room at Moise’s death said they had only worked as translators for the hit team.

Haitian security officials described Mr. Solages earlier as a South Florida resident who was apprehended Wednesday in the manhunt for assailants. According to a Canadian official, Mr. Solages was temporarily employed by a security firm hired by the foreign ministry as a reserve guard in 2010.

General Jorge Luis Vargas Valencia of Colombia’s national police stated that the army and police are helping the Haitian officials with their investigation.

We are following them. “We are asking the public for help,” Leon Charles, Haiti’s chief of police, stated before a group of politicians and police.

Haitian police identified two Haitian-Americans, James Solages (35), and Joseph Vincent (55), as members of the heavily armed force that attacked Moise’s Port-au-Prince residence on Wednesday. The attack on Moise’s Port-au-Prince home left Haiti’s First Lady Martine Moise with serious injuries. She is currently being treated at a US hospital.

Two US law enforcement officials spoke on condition of anonymity to talk to Reuters Friday about an active investigation. They said that agencies were investigating US connections to the murder, but they declined to comment on the two Haitian-American suspects.

Claude Joseph, the interim prime minister of the country, stated that a group had entered the country to assassinate the president “in a cowardly manner.”

He said, “They forgot something.” You can kill the president but not his dreams. His ideology cannot be destroyed and you cannot destroy what he stood for. It is why I am determined to bring justice for President Jovenel Moise’s family, friends, and allies, as well as the Haitian people.

Haiti is the America’s poorest country. It has no president and no working parliament. Two politicians claim to be in charge of the country as it plunges into political chaos.The crisis, which is rapidly developing, has intensified the violence and turmoil that have gripped Haiti for months. It threatens to push one of the most troubled countries in the world further into lawlessness.