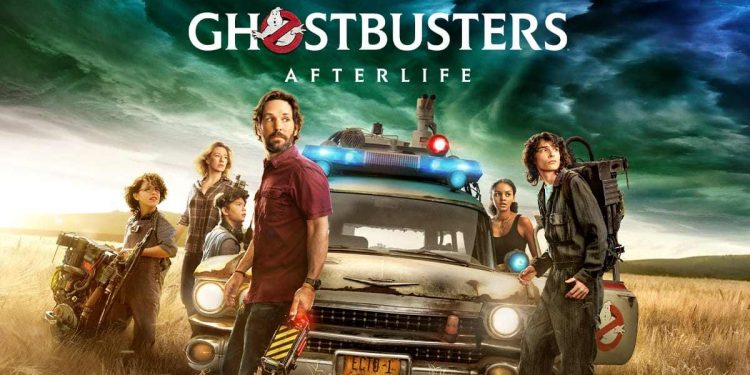 Without adjusting for pandemic-related losses or inflation, “Afterlife” scored the second-highest opening for a “Ghostbusters” film, behind only the all-female revival, which launched in 2016 for $46 million. “Ghostbusters” (1984) and “Ghostbusters II” (1989) opened for $13.6 million and $29.5 million, respectively.

When her estranged father dies of a heart attack, the broken and homeless Callie hopes she has left him with something. When she arrives in Oklahoma, where her father was living, as a recluse, she learns that her father has abandoned an old house and was known as the city freak.

Enraged to leave his friends and move to a deadbeat town, Trevor changes his mind when he, saw his handsome classmate, Lucky (Celeste O’Connor). The socially awkward and brilliant Phoebe also finds a friend in the equally nerdy podcast (Logan Kim). Phoebe and podcast teacher, Gary Groberson, (Paul Rudd) have odd ideas of age-appropriate movies—he encourages kids to watch Cujo and Kid’s Play, his heart is in the right place and a softy one for Callie. There is also a place.

Check Out : Review of The Forever Purge

Matters come to a head when Phoebe learns that her grandfather was Dr Egon Spengler (Harold Ramis), along with Dr Peter Venkman (Bill Murray), Dr Ray Stantz (Dan Ackroyd) and Dr Winston Zdemore (Ernie Hudson). One of the original Ghostbusters. With all the exorcism tools including, Ecto 1, Phoebe and the gang face off against an ancient evil that is waging a riot on supermarket shelves animating murderous marshmallows, among other things.

oh, look the film features Finn Wolfhard from the show, while Stranger Things refers to the, film in a variety of ways. That mid-credits sequence ghostbuster: Afterlife just after Ray Parker Jr.’s song plays awww.

Maybe taking every last drop of nostalgia out of everything speaks of creative and moral bankruptcy. However, these are awkward, gloomy days and that mug of hot chocolate, which is probably too sweet for health, feels good to go down.