Delhi has started a 'Jahan Vote, Wahan Vaccination' campaign to inoculate a large part of its population by giving directions to its people to get their dose at their voting booth. 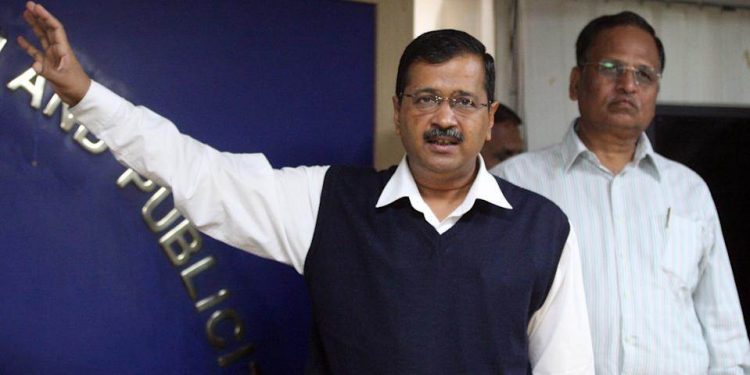 An announcement has been made by Kejriwal at a press conference regarding a new campaign. He said, “We are starting a ‘Jahan Vote, Wahan Vaccination’ campaign from today. Under this campaign, we will tell people to visit their designated polling stations to get vaccinated. Door-to-door vaccination to be done soon.”

The government’s Covid-19 mass vaccination programme has been launched by Arvind Kejriwal, Delhi’s Chief Minister. This took place on Monday, and while addressing a press conference, he said that people will be able to get their Covid-19 vaccination done at the booths where they went to give their votes during the election.

The chief minister stated the governments aim to vaccinate all its citizens above the age of 45 in the next 4 weeks.

With the lack of footfall at the vaccination centres in mind, the Chief Minister said that the Delhi government will be deploying booth-level officers to facilitate the mass campaign. Covering 70 wards, the booth level officers will visit every house in the next two days and will provide a slot for the first dose of vaccine against coronavirus.

Arvind Kejriwal stated, “A team of booth level officers will visit every house in the next 2 days and provide a slot for vaccination. BLO will convince those who don’t want to get the vaccine. The campaign will start today with 70 wards.”

Delhi happens to be the first state to announce a mass vaccination drive to inoculate a large part of its population by giving directions to its people to get their dose at their voting booth.