Ever heard about noodles as prasad? Check this Temple in Kolkata

A temple in Kolkata serves noodles and chop suey as prasad. Great place to visit for all maggie lovers.

by Viveka Massey
in Entertainment
31 1
0 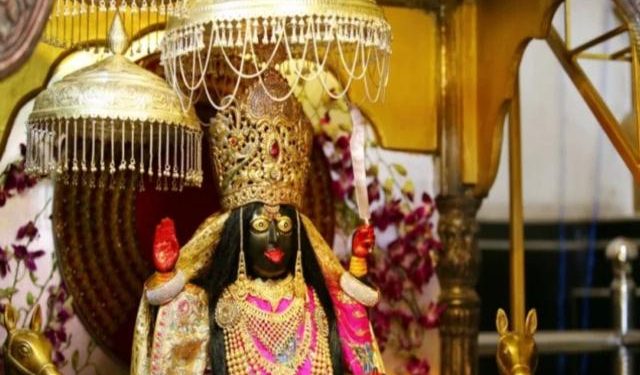 Noodles as prasad – India is a unique country that never ceases to amaze people with its uniqueness. There are many fascinating things about India like the culture, religion, history, unity, and food. There are things a traveller can only come across in India. The country is famous for its heritage and temples where we can see lots of different traditions. Say, for instance, noodles and chop suey being served as prasad in one of the temples in India. I know it seems like a prank, but we are not kidding here. There is a temple in Kolkata that serves noodles and chop suey as prasad.

Kolkata is famous for its rituals and traditions. People of Kolkata worship Goddess Kali, and you can find many kali temples in Kolkata. However, the Chinese kali temple located in the Tangra area in Kolkata certainly stands out. According to the research, the temple is more than 60 years old, and it is a significant example of Hindu and Chinese unity.

Tangra is popularly referred to as the China Town of Kolkata. During the 1930s civil war in China, a large number of people were expelled from the country, and they took refuge in Tangra, Kolkata. They took up work at tanneries but later, their profession shifted to the food industry that gave birth to Indo-Chinese cuisine.

The Temple serves noodles as prasad.

As mentioned earlier, the devotion for Goddess Kali is very popular in West Bengal. There are various Kali temples in the state. Several of the Kali temples are situated in Kolkata as well. The thing that makes this temple stand out from the others is the prasad they serve.

In temples all over India, they serve laddu, sweets, halwa, fruits, and other items as prasad. In Kolkata, they serve sweets and misthi dohi as prasad. However, in the Kalibari temple, they offer noodles and chop suey as prasad after the pooja, as a symbol of the unity of Hindu Chinese traditions.

Check Out : Even Heard About Vampire Blood Juice – This Man Is Selling a Powerful Energy Drink In Faridabad

A great place to visit.

According to a Facebook page (world of Kolkata), this temple is a must-visit place in Kolkata. It is located at Matheswartala Road, Tangra. This place is open for all seven days of the week from morning till evening. This temple shows the unity between Indian and Chinese people. It makes the temple a great place to visit, for all history lovers as well as traditional enthusiasts.