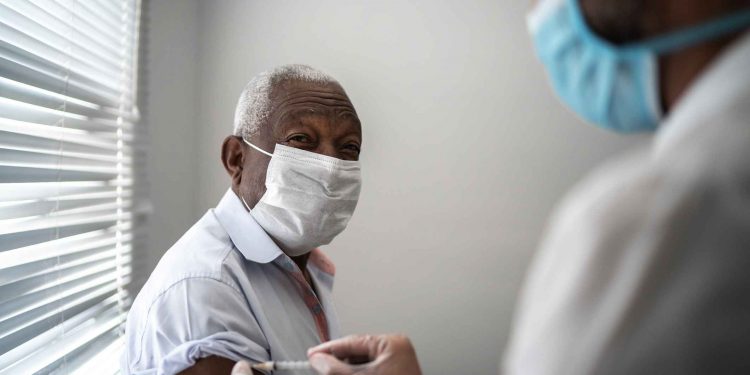 For the first time in recorded history, the basic life of humans appears to be in jeopardy. Thousands of people have died and millions more are still suffering from the unseen coronavirus that has afflicted millions of people throughout the world. No country has escaped the scourge of this deadly, deceitful, and unpredictable adversary.

According to recent scientific investigations and medical specialists, there are only two possible strategies to cope with SARS-CoV-2, an ever-mutating virus. We may either protect ourselves from this virus by taking all necessary precautions, such as social isolation, wearing a mask, and keeping good cleanliness, to ensure that the virus does not enter our bodies. The other is by the development of antibodies, which can occur after being infected with and exposed to the virus, or through vaccination.

Vaccination is the only viable, long-term, and permanent treatment for the coronavirus. Vaccination, according to the World Health Organization (WHO), is one of the most effective health treatments in the world, saving 4-5 million lives each year.

Vaccines have almost eradicated polio and helped to contain yellow fever epidemics, among other illnesses. It’s now a battle between a virus and a vaccine. In an ideal world, developing a vaccine would take years or decades. Developing a novel vaccine from the ground up takes a long time and is dependent on a number of things, including the amount of knowledge available about the illness, how the disease infects individuals and spreads, and so on. A new vaccination takes an average of 5-10 years to create.

Vaccine development is a lengthy and laborious procedure that spans five stages, from preclinical through final injection. All thanks go to India’s researchers, scientists, and virologists, who created the Covaxin vaccine in a record-breaking nine months. Covishield and Sputnik-V are two additional vaccinations that have been approved for emergency use (EUA).

India has launched the world’s biggest immunisation campaign, with the goal of vaccinating its entire eligible population. This is a huge endeavour with a population of over 130 crore people. India has a track record of effectively executing countrywide vaccination campaigns.

On January 16, 2021, the COVID-19 immunisation campaign was begun, with the initial group being healthcare and frontline workers. India has been able to vaccinate 24.60 crore individuals (as of June 10) in less than five months, accounting for more than 15% of the country’s population.

Following a terrifying second wave of COVID-19, vaccination has become a top priority for the government. There was vaccine reluctance and vaccine resistance when the first immunization phase began. People were hesitant to get the vaccination, and some were outright hostile to it. There were worries and uncertainties about the vaccine’s safety, as well as a dread of adverse effects.

Misinformation disseminated by individuals with vested interests and wanting to fish in turbulent waters exacerbated some of these worries. Even some so-called political and social influencers instilled dread in the public’s minds by turning a national health and safety concern into a political issue. It is a national obligation for every person to receive the vaccination. No one should be left behind. It is also a national responsibility to encourage other citizens to get the vaccine. Allow this vaccine to become a national campaign in which we join to combat a secret enemy with all our strength. Let this be our national motto: We will not rest until every citizen of this country has been vaccinated.