The First Death In New Zealand Observed after PFizer Vaccine 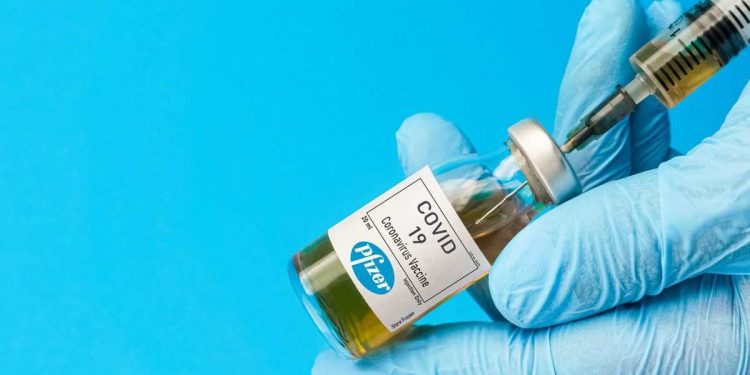 New Zealand has recently reported an unfortunate scenario where the first death has been witnessed is linked with the Pfizer Covid-19 vaccine, as said by the health ministry today after a woman observed to suffer from the rare inflammation of the heart muscles as the side effect.

This report comes as the nation is battling the outbreak of Coronavirus’s Delta Variant after being free from the virus. This is then followed by the review offered by the independent panel that is monitoring the vaccine safety among the people.

In a statement, the ministry said, “This is the first case in New Zealand where a death in the days following vaccination has been linked to the Pfizer COVID-19 vaccine,” however the age of the woman is still not known.

The panel that is monitoring the vaccine has said that the death was due to myocarditis which is a rare but popular side effect of Covid PFIZER vaccine. The European regulatory board has also said that this is a rare side effect whose percentage is way lesser compared to the benefits of the vaccine.

In a statement, it is said that “This is the first case in New Zealand where a death in the days following vaccination has been linked to the Pfizer COVID-19 vaccine. While the Centre for Adverse Reactions Monitoring has received other reports of deaths in someone recently vaccinated, none are considered related to vaccination,”

The health ministry also added that due to the vaccine other health issues like have got influenced.

Myocarditis is the condition where the heart muscle gets inflamed which can restrict the other organ’s capability to pump blood thereby causing a major impact on the heart rhythms.

The company said, “Pfizer takes adverse events that are potentially associated with our vaccine very seriously.” They also added, “The benefits of vaccination with the Pfizer COVID-19 vaccine continue to greatly outweigh the risk of both COVID-19 infection and vaccine side effects, including myocarditis.”

The WHO, European Union and The Union States Regulatory board have said that the mRNA vaccines with the German BopNTech and also by Moderna are hardly associated with pericarditis or myocarditis. Such cases are mostly witnessed in the younger men that remain in a treatable condition. However in some cases, it might lead to hospitalization.

As said by CDC or “U.S. Centers for Disease Control and Prevention” that there are no such deaths being witnessed in the young adults who have developed these rare conditions.

According to the NewZealand officials’ statement made on Monday, they said that they “”remain confident about using [the Pfizer vaccine] in New Zealand”.

As per the University of Johns Hopkins, the nation has observed 4,465 Covid cases with a very low of 26 deaths. Initially the nation was appreciated for the way it handled the virus but the vaccine rollout has been very slow. Recent days which have been taken care of.

Almost 23% of the entire population of the nation has been fully vaccinated.

On Monday, 53 new cases have been witnessed in NZ amid the countrywide lockdown that has been enforced this month for limiting the Delta Variant spreading.