Cyclone Yaas, expected to cross Odisha-Bengal Coasts on 26th May

Deep depression intensifies into a cyclonic storm, likely to cross Odisha-Bengal coasts on May 26 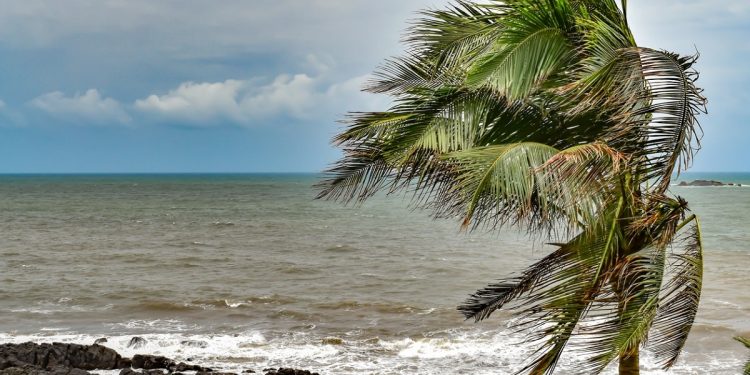 On Monday, the Indian Meteorological Department has declared that the deep depression over the Bay of Bengal has intensified into a Cyclone and is predicted to cross the Odisha-West Bengal coasts on May 26, by which it will have turned into a very severe cyclonic storm.

According to the Meteorological Centre Deputy Director Sanjib Bandopadhyay the cyclone, Yaas will likely Cross Paradip and Sagar Islands around noon, as a very severe cyclonic storm with wind speeds of 155-165 kmph.

On Monday morning, the system was 540 km south-southeast of Paradip in Odisha and 630 km south-southeast of Digha in West Bengal. As per the MeT Department, on Tuesday, it will most probably intensify into a severe cyclonic storm on its path towards the north-northwestwards, and by Wednesday morning it is predicted that the cyclone will turn into a very severe cyclonic storm. Once realised, it will be called Cyclone Yaas, named by Oman and signifies a tree bearing fragrant flowers.

25 trains have been suspended by the Eastern Railways, dated between May 24th and May 29th. The armed forces Sunday airlifted 950 NDRF personnel and 26 helicopters are on standby.

Warships have also been arranged by The Navy and are on standby and the Indian Air Force, to carry out assistance and disaster relief operations as part of preparations to deal with the situation arising out of Yaas has kept 11 transport and 25 helicopters ready as said by the officials

Balasore, Bhadrak, Kendrapara and Mayurbhanj, which is a part of the North Districts of Odisha, will receive moderate to heavy rainfall on Tuesday with the rainfall intensity increasing to a very heavy category on Wednesday.

In West Bengal, Mednipur, North and South 24 Parganas, Howrah and Hooghly districts have been warned of heavy to very heavy rain on Tuesday and Wednesday. It has been predicted that places- Murshidabad, Malda, Dakshin Dinajpur, Birbhum, Bankura, Purulia and Bardhaman districts, will experience extremely heavy rainfall on the dates, 26th and 27th of May.

Gale winds with speeds touching up to 80km/hr are most likely over Odisha, West Bengal and Bangladesh coasts from Monday evening which will increase and continue till May 26 evening.