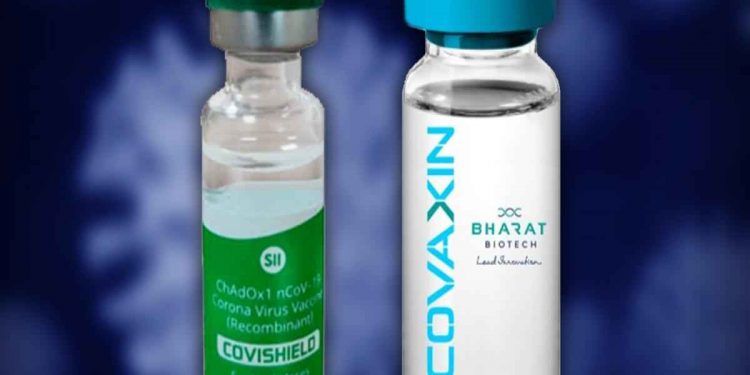 Despite being vaccinated, the effectiveness number reflects a relative reduction in infection risk rather than an absolute chance of protection against Covid-19.

As the number of Covid-19 cases across the world declines, the majority of this success may be credited to the Covid vaccine’s produced by several firms in India and abroad, which have significantly reduced the disease’s fatality rate.

More than 183.01 million people worldwide have been infected with the coronavirus, with over 3.96 million deaths.

When it comes to vaccinations, it’s critical to know what each vaccine’s effectiveness rate is, since this has played a key part in the development of Covid-19. In a nutshell, the effectiveness value reflects a proportional reduction in the risk of infection, rather than an absolute likelihood of protection against Covid-19 notwithstanding vaccination.

To evaluate a vaccination’s effectiveness rate, drugmakers conduct a study with randomly selected volunteers from various strata of the population, with half of the participants receiving the vaccine and the other half receiving a placebo. After a period of time, researchers count how many persons in each group become infected with Covid-19.

The vaccination effectiveness shown in the studies is only a snapshot of the virus throughout the world at the time. When the vaccine is distributed to the broader public, the virus’s prevalence and any circulating variations may have altered.

After reporting favorable clinical trial data, Pfizer became the first Covid-19 vaccine to get an FDA EUA on December 11, 2020. In two tests based on rDNA, the Pfizer-BioNTech vaccine was proven to be more than 95% effective against serious illness or mortality from the Alpha version (first discovered in the United Kingdom) and the Beta variant (first discovered in South Africa) in early May. Two studies published by Public Health England found that complete immunization (after two doses) is 88 percent effective against symptomatic illness and 96 percent effective against hospitalization in the Delta form (first observed in India).

Moderna’s vaccine was approved for emergency use in the United States roughly a week after Pfizer’s vaccine. Moderna is an mRNA vaccine that uses the same technology as the Pfizer-BioNTech vaccine and has 94.1 percent effectiveness in avoiding symptomatic illness. The Moderna vaccine, on the other hand, was somewhat less effective in clinical testing, with an 86 percent success rate in those aged 65 and over.

The FDA granted an emergency use permit for a distinct form of vaccination, known as a carrier, or viral vector, vaccine, on February 27, 2021. Compared to the Pfizer and Moderna vaccines, this one is easier to keep (in the refrigerator) and only requires one shot, making it easier to distribute and give. In the United States, it is reported to have a 72 percent overall efficacy and an 86 percent efficacy against severe illness. In South Africa, where the Beta version was originally discovered, there was 64 percent overall efficacy and 82 percent efficacy against severe illness, according to FDA studies revealed in late February.

This is a carrier vaccine, similar to the Johnson & Johnson vaccine, manufactured from a modified form of a harmless adenovirus. In March, AstraZeneca released an updated data analysis of its phase 3 studies, revealing that the vaccine was 76 percent effective in lowering the chance of symptomatic disease 15 days or more after getting the two doses, and 100 percent effective in preventing severe disease. The vaccination was also reported to be 85 percent effective, according to the firm.

Oxford University collaborated with AstraZeneca, a British-Swedish pharmaceutical company, to create the Covid-19 vaccine. It is made in India by the Serum Institute of India, which is headquartered in Pune (SII). The effectiveness of the Covishield vaccination has been studied extensively. AstraZeneca claims that the main review of Phase 3 clinical studies found that the vaccine had a 76 percent effectiveness against symptomatology.

On Saturday, the firm announced that the final analysis of Covaxin effectiveness from Phase 3 studies had been completed. The efficacy analysis shows that Covaxin is 93.4 percent effective against severe symptomatic COVID-19 cases, while the safety analysis shows that adverse events were similar to placebo, with 12 percent of subjects experiencing common side effects and less than 0.5 percent experiencing serious side effects.