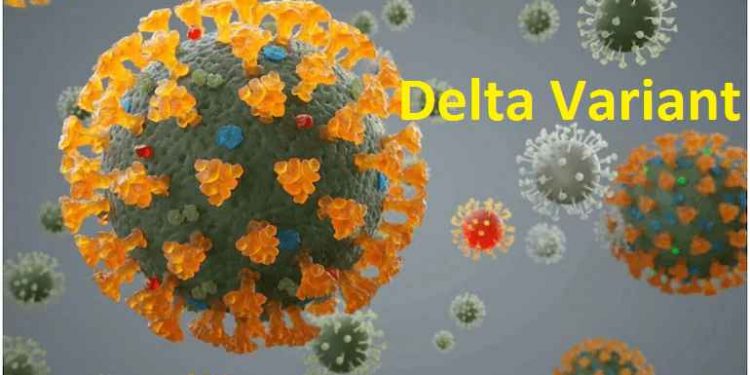 The study involved 100 healthcare professionals from three locations in India, including the Sir Ganga Ram Hospital in Delhi.

According to research, the Delta version of the coronavirus is eight times less susceptible to antibodies produced by Covid-19 vaccinations than the original strain of the SARS-CoV-2 virus, which was initially discovered in China’s Wuhan. This might indicate that the Covid-19 vaccinations are eight times less effective against the Delta variation, also known as the B.1.617.2 strain, which was originally discovered in India.

The study was done on more than 100 healthcare professionals at three locations in India, including Delhi’s Sir Ganga Ram Hospital, according to news agency PTI.

Scientists from India and the Cambridge Institute of Therapeutic Immunology and Infectious Disease collaborated on the study, SARS-CoV-2 B.1.617.2 Delta Variant Emergence and Vaccine Breakthrough: Collective Study. “Our findings imply that the Delta variant is both more transmissible and better able to circumvent previous immunity generated by the virus in all circumstances evaluated.”

According to PTI, the Delta variant’s dominance in India is due to a combination of evasion of neutralising antibodies in previously infected persons and enhanced viral infectivity resulting in the second wave. Severe Covid-19 infection in fully vaccinated HCWs is likewise “unusual,” according to the study. However, the research described examples of breakthrough transmission clusters in hospitals linked to the Delta variety as “concerning.” This indicates that infection control measures must be maintained even in the post-vaccination age, according to the report.

The study determined that the B.1.617.2 strain “appears to be more transmissible” than the B.1.617.1 strain identified in the United Kingdom, based on recent data and the preponderance of fresh infections caused by this variation. However, the research also said that widespread immunisation will certainly protect against moderate to severe illness, as well as minimise hospitalizations caused by the Delta variety.

It noted, for example, that even in trials using the B.1351 strain, which is the variation with the least susceptibility to neutralising antibodies, the progression to severe illness and mortality was found to be “minimal.” According to the research, the Beta version has shown poorer protection for at least three Covid-19 vaccinations.