Covid Highlights: As 500 cases of black fungus in Delhi

Around 500 cases of black fungus in Delhi and injections are in short supply. 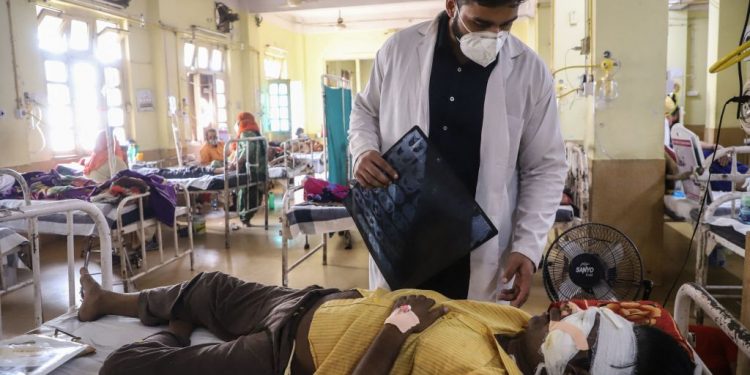 On Monday, Arvind Kejriwal, the Chief Minister of Delhi said that the city is being grappled with a shortage of Amphotericin-B injection, which is used for the treatment of Black Fungus or mucormycosis. There are around 500 cases of mucormycosis in Delhi.

He further stated to the reporters, “We have set up dedicated centres for the treatment of black fungus at Lok Nayak Hospital, GTB Hospital and Rajiv Gandhi Super Specialty Hospital but we do not have drugs…. We did not get the injections on Sunday,”

Per Patient requires four to five injections per day to fight against the fungal infection. Delhi right now has around 500 cases and is receiving around 400 to 500 injections per day, according to the Chief Minister.

Arvind Kejriwal then also said that the central government has been distributing the injection among states. There is a severe shortage of this drug in the market and its production should be ramped up.

People whose immunity has been lowered due to Covid, diabetes, kidney disease, liver or cardiac disorders, age-related issues, or those on medication for auto-immune diseases like rheumatoid arthritis, are more prone to catch this fungal disease.

These patients cannot be administered steroids as well as it decreases their immunity further, which would then allow the fungus to thrive. Steroids, therefore, should be administered judiciously and should be done only after a proper clinical examination, under the guidance of a doctor.

With regards to the same, Delhi Health Minister Satyendar Jain warned patients against the use of steroids without a doctor’s advice. He said, “This is very dangerous. A patient’s immunity becomes zero when he/she takes steroids. Black fungus, which is found in soil or decaying matter inside homes, doesn’t affect healthy people. Chances of infection are more in those with low immunity.”

As of now around 15 hospitals in Delhi are treating Mucormycosis patients.