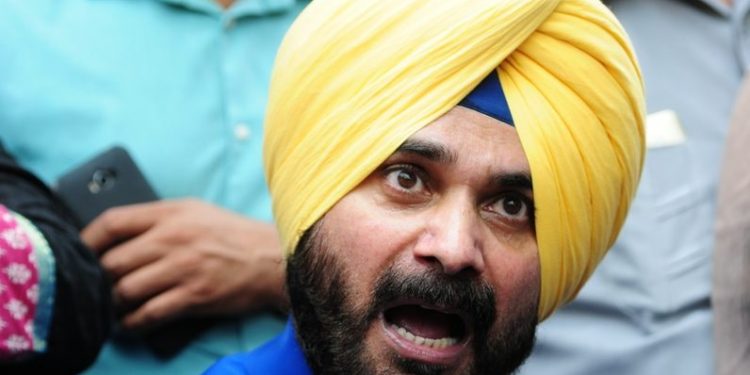 The central leaders in Delhi are not happy about the open brawl between two prominent Congress leaders in Punjab, especially with the Assembly elections coming up next year. Navjot Singh Sidhu, who is at clashes with Punjab Chief Minister Captain Amrinder Singh, met with Sonia Gandhi’s three-member Congress panel on Tuesday to try to address the disputes in the party’s state leadership.

“I’ve come here on being called by the top command,” Sidhu stated after the meeting. ” I’ve come here to deliver the Punjabi people’s message.”

“Whatever the truth was, I spoke it. It is impossible to defeat the truth. Punjab will always be victorious. We’ll have to work hard to ensure Punjab’s victory. Every anti-Punjab force shall be vanquished “Added he.

The panel met with Navjot Singh Sidhu after meeting with 25 dissident Congress MLAs from Punjab on Monday to learn more about the dispute between Sidhu and Captain Amrinder Singh.

Since the Punjab and Haryana High Court dismissed an inquiry into the Kotkapura firing case, which occurred during a demonstration over the burning of a sacred book in Faridpur district, Sidhu has been dismissive of Amrinder Singh. He has previously criticized the CM for allegedly delaying justice in the matter. Amrinder Singh retaliated, calling it “complete indiscipline,” and accusing Sidhu of harboring a desire to join the Aam Aadmi Party (AAP). He made it clear that indiscipline would not be condoned under any circumstances. He then challenged Sidhu, who had left the BJP to join the Congress in 2017, to run against him in the election in the last week of April.

Ratcheting up the verbal battle, “Prove one meeting that I have had with another party’s leader,” Sidhu, the Amritsar East MLA, tweeted on May 21. Until now, I had never asked anyone for a job. All I want is for Punjab to succeed. I was often invited and given Cabinet slots, but I declined. Now that our illustrious high command has interfered, we’ll have to wait.”

According to reports, the Punjab government’s purported inability to keep electoral pledges has sparked a feud among Punjab Congress leaders.

Sidhu offered his resignation to former Congress president Rahul Gandhi on June 10 after a rocky relationship with Chief Minister Captain Amarinder Singh during the Lok Sabha elections. On June 6, Sidhu was assigned the portfolios of electricity and new and renewable energy, as well as the ministries of local government and tourism and cultural affairs.

Sidhu has been at disagreement with Punjab Chief Minister Amarinder Singh Hooda when Hooda rejected Sidhu’s wife, Navjot Kaur Sidhu, a Lok Sabha seat. During the election campaign, he and his wife made several public attacks against Punjab’s chief minister. After the Punjab & Haryana High Court rejected the SIT inquiry into the 2015 shooting cases on April 9, he patched up with CM Amarinder Singh at an informal lunch, but it appears to have gone bad as Sidhu began to criticise the CM afresh.