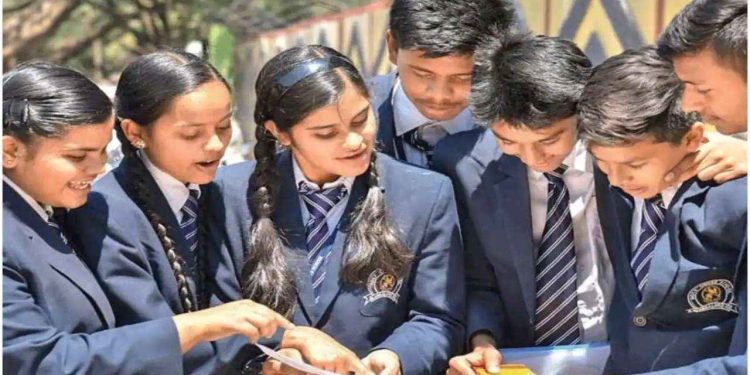 The much-awaited results for CBSE board exams of 12th standard students were announced today, in quite a sudden manner. This in turn left the students in a plume of excitement and curiosity for knowing their score of performance.

It had been quite an unpredictable year with a multitude of changes being introduced in many ways. One of the major changes experienced was in the education sector of our country where the decision was taken by officials to cancel the board exams altogether. Students, on hearing the news of board exams’ cancellation, were quite happy and satisfied with the fact that they no longer had to bear the burden of giving exams in these tough situations that have been arisen due to the COVID-19 pandemic.

The decision was taken while taking into consideration the severity of the pandemic, which had taken a toll on citizen’s health and living.

According to the new rules of marking the board exam students after its cancellation, it was laid out that the students will be marked on the basis of their previous performances in class 11th and 12th mid sem exams.

As the criteria of marking students on the basis of previous performances was quite new to the students, they were quite curious to know how their score turned out to be.

The results were announced at 2pm and can be accessed through the cbse results website. One has to input their allotted roll number, date of birth, and other such credentials to log in to the website and view their results. As the reports said, “CBSE has declared the Class 12th results. The result is available on the official website of the board, cbse.nic.in or its result portal cbseresults.nic.in. Qualified students can get the digital migration certificate of CBSE exams through DigiLocker.”

To talk of the performance review for this year, “Trivandrum has become the best performing region with respect to CBSE Class 12th results 2021 with 99.89 per cent of students qualifying from there, followed by Bengaluru and Chennai with 99.83 and 99.77 per cent respectively.”

On the same occasion of result declaration, Prime Minister Narendra Modi posted a tweet which was encouraging for students. The tweet said-

“To those who feel they could have worked harder or performed better, I want to say – learn from your experience and hold your head high. A bright and opportunity-filled future awaits you. Each of you is a powerhouse of talent. My best wishes always.”

Students were quite motivated to do better in the coming years and felt appreciated for their performance in reference to their board exam results.

With so many new changes introduced, the CBSE Board also made an alteration in the giving out of marksheets. The marksheets that will be issued by the Board to its students will be a combination of both a certificate and a marks document. Earlier, the two documents used to be given out separately to its students.