Cases of Delta Plus Covid Variant Found in India 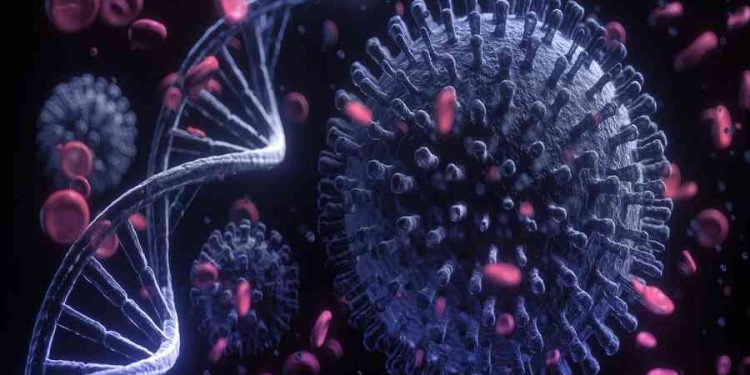 The variant was initially discovered in Europe and is now present in India’s Maharashtra, Kerala, and Madhya Pradesh states, according to the health ministry.

After almost two dozen cases were discovered throughout the country, India designated a novel coronavirus strain to be of concern.

According to India’s health ministry, the variation AY.1, known locally as Delta Plus and initially identified in Europe, has been found in at least 22 instances throughout Maharashtra, Kerala, and Madhya Pradesh states.

Delta Plus demonstrated enhanced transmissibility, according to the government, and the three states were urged to boost testing.

The health ministry has notified and cautioned Maharashtra, Kerala, and Madhya Pradesh about the Delta Plus variant of COVID-19 discovered in these states, based on recent results of INSACOG (Indian SARS-CoV-2 Genomic Consortia), according to a ministry release.

The Indian Council of Medical Research and the Council of Scientific and Industrial Research are among the members of INSACOG, which is a consortium of India’s leading medical and scientific organisations.

The collaboration is in charge of not only sequencing the virus’s whole genome, but also providing timely feedback on suitable public health response actions for governments to take.

According to Indian Health Officials, “the first is enhanced transmissibility, the second is that it attaches more to the receptors of lung cells, and there is also a possible decrease in antibody response.”

The Delta Plus variation was created by a mutation of the Delta strain, also known as the B.1.617.2 variety, which was initially discovered in India and is thought to be the cause of a severe second wave of the virus in the nation.

The Delta Plus type has been linked to a third COVID-19 outbreak in India, according to health authorities.

Meanwhile, the country’s health ministry recorded 50,848 new coronavirus infections and 1,358 fatalities in the previous 24 hours on Wednesday. The overall number of infections in the South Asian country has surpassed 30 million, with 390,660 deaths.

“If there is any good news in India right now, it is that the second wave, which resulted in over 180,000 fatalities, the majority of which occurred in April and May, has tapered off and instances have decreased,” Puranam added. The Delta Plus form has also been identified in at least nine nations, including the United Kingdom, the United States, Japan, Russia, India, Portugal, Switzerland, Nepal, and China, according to India’s health ministry.

The Delta coronavirus variation currently accounts for more than 20% of infections in the United States in the previous two weeks, which is more than double what it was when the Centers for Disease Control last reported on the virus’s frequency.

Dr. Anthony Fauci, the country’s top infectious disease specialist, cautioned that the United States might be heading down the same path as the United Kingdom, where the variation has become the prevalent strain due to its fast transmission among adolescents.

According to Fauci, the COVID-19 vaccines appear to be effective against the variation.