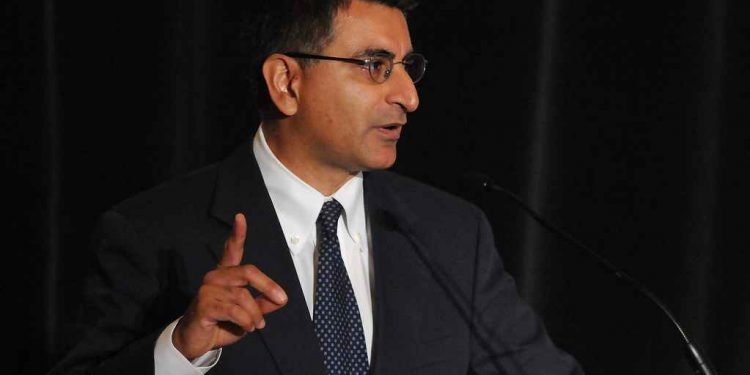 Mahmud Jamal has been an Ontario Court of Appeal judge since 2019, after teaching at two of Canada’s elite schools and working as a lawyer for decades, including appearing in 35 Supreme Court cases.

Prime Minister Justin Trudeau proposed the first person of color to Canada’s Supreme Court on Thursday, a country where roughly one-quarter of the population identifies as a minority.

Mahmud Jamal has been an Ontario Court of Appeal justice since 2019, after teaching at two of Canada’s top universities and working as a lawyer for decades, including appearing in 35 Supreme Court appeals. “He’ll be a tremendous contribution to the Supreme Court,” Trudeau wrote on Twitter. “That’s why, today, I’m announcing his historic nomination to our country’s top court.”

The House of Commons justice committee must still review Jamal, but this is only a formality. He was born in Nairobi, Kenya, in 1967 to an Indian family and reared in the United Kingdom before migrating to Canada in 1981. Canada is a multicultural country, with over a quarter of its 38 million people identifying as members of a particular ethnic group in the most recent census.

Violent events on Muslims, Canada’s past treatment of indigenous peoples (dubbed “cultural genocide” by a committee), and police violence against Black people and other ethnic minorities have all exposed the country’s long history of racism.

Many white Canadians have “awakened to the truth that the prejudice that is a lived reality for far too many of our fellow citizens is something that has to cease,” said Trudeau, who took a knee in solidarity with US demonstrators rallying against racism last year.

“Systemic racism is a problem in all of our institutions across the country,” he added.

Jamal claimed in a job application that his mixed religious and cultural heritage, as well as his and his wife’s experiences in Canada, “exposed me to some of the problems and ambitions of immigrants, religious minorities, and colored individuals.”

“I was reared as a Muslim at home, learning Arabic prayers from the Quran and living as part of the Ismaili community, and as a Christian at school, repeating the Lord’s Prayer and absorbing the ideas of the Church of England,” he wrote. “Discrimination was a daily occurrence for me, as it was for many others. I was bullied and harassed as a youngster and adolescent due to my name, religion, or the fact that I was a person of color.”

His wife came to Canada from Iran to avoid the persecution of the Baha’i religious minority following the 1979 revolution, he added. “I became a Baha’i after we married, drawn by the faith’s message of spiritual oneness for all humanity, and we raised our two children in Toronto’s multi-ethnic Baha’i society,” he added.

Jamal will take over for Justice Rosalie Abella, the longest-serving justice on the nine-member court, who is set to retire on July 1.