Brazilian model married herself after being deceived by men, a Shiekh offered 3 Crore to the model.

A model in Brazil married herself. She dressed up as a bride and called her close friends to the ceremony.

by Viveka Massey
in Entertainment
33 0
0 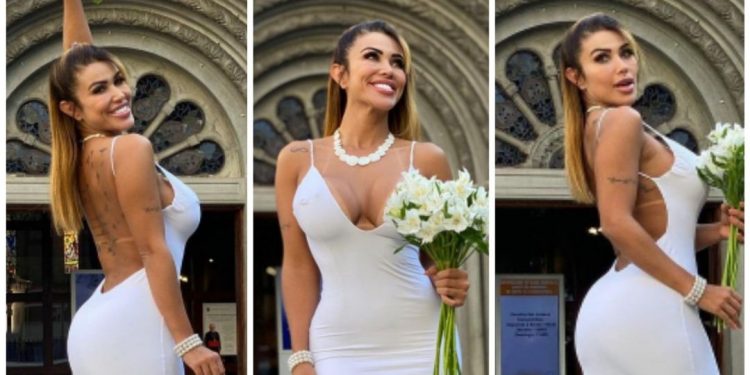 After several breakups, the model was single for some time and then she realized that she could live her life on her own. Previously, she used to think that it was necessary to be with a man. By being with a man, you can avoid loneliness and be happy. But when she spent time as a single, she understood that it is not necessary to have a man, and she decided to marry herself and live her freedom as she want.

Her marriage ceremony took place at a Catholic church in Sao Paulo, Brazil. She called her close friends and dressed up as a bride to marry herself.

Before Cris, there has been news of women marrying themselves. Back in May 2020, a teacher from Sydney in Australia, Patricia Christine, married herself. Before marrying herself, Patricia called off her engagement with her ex-partner.

Talking about Cris, she has always considered herself a mature, strong, and determined woman. She told Dailystar that she was always afraid of being alone. However, as time passed, she learned to feel good about herself. “I decided to love myself more, and when that happened, I decided to celebrate the moment,” she said.

Her wedding pictures are going viral all over social media. People are loving her pictures and appreciating her. However, on the other hand, some trolls are posting hateful comments. The model decided not to read any of those comments because she did not want to justify herself. According to her, it will not change the opinions of the people.

Shocking disclosure by the model

In an interview, she said, “Ever since the news of my marriage and pictures went viral on social media. I have started receiving messages from boys. All of them are offering me to marry them. Apart from all those boys, there was a sheikh of Arabia. He asked me to divorce myself and marry him.” The model further added, “He even offered me 3 Crore as dowry in return.” The model also shared what she replied, she replied that “I do not even know you, and I am not salable. I will not marry you just for the sake of money.”