Bipin Rawat’s Life, Legacy & The Story Of His Tragic Death 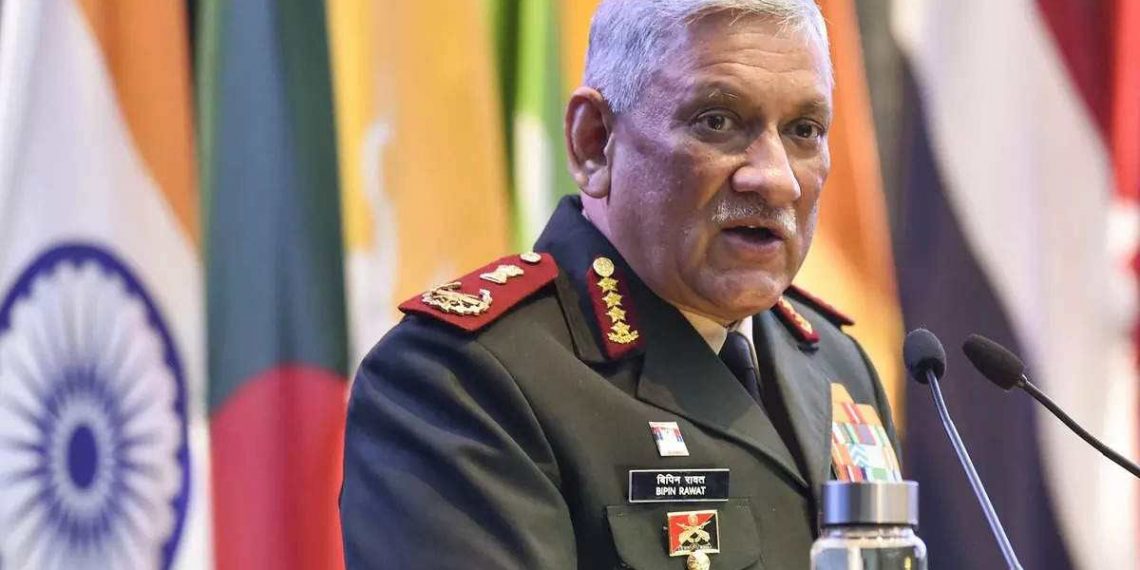 The country’s first Chief of Defense Staff, General Bipin Rawat, is no more. Out of 14 people, 13 other officers including, Bipin Rawat’s wife have been confirmed dead in the chopper crash in Coonoor, Tamil Nadu on, Wednesday.

General Bipin Rawat was born on 16 March 1958 in Pauri, Uttarakhand. Bipin Rawat’s father was Lieutenant General Laxman Singh Rawat. Due to the father being in the Army, Bipin Rawat spent his entire childhood among the soldiers.

Bipin Rawat did his education at Cambrian Hall School, Dehradun and St. Edward’s School, Shimla. After this, Bipin Rawat went to America, at the Service Staff College of America. He has also done a high command course. After returning from America, Bipin Rawat joined the Indian Army on 16 December 1978. Bipin Rawat was first, inducted into the 5th Battalion of the Gorkha 11 Rifles. His first posting was in Mizoram, and he also led this battalion. During this, his battalion was selected as the best battalion of the North East. Bipin Rawat had vast experience, of fighting in high-altitude areas and conducted counter-terrorism operations for ten years.

Bipin Rawat has served in many battalions during his career. Bipin Rawat worked for various important departments like Army’s III Corps, GOC-C Southern Command, IMA Dehradun, Military Operations Directorate. Apart from India, Bipin Rawat has also given his services at the international level. He was a participant in the UN Mission in Congo. During this, he saved the lives of 7000 people. General Rawat took part in the Kargil war with Pakistan in 1999. India got the victory in this war.

Bipin Rawat was the commander of the Third Corps at that time of the terrorist attack in Manipur. Apart from this, on 29 September 2016, the Special Commando Unit of the Indian Army conducted an overnight operation in Pakistan-occupied Kashmir. Along with many terrorists, Pakistani soldiers were also killed. Bipin Rawat also had a role in this operation.

Check Out: What countries are boycotting China Olympics

Bipin Rawat’s wife’s name is Madhulika Rawat. He has daughters.

Bipin Rawat and his wife Madhulika Rawat died in a chopper crash in Coonoor, Tamil Nadu on, Wednesday. There were 14 people including, both of them in the copper.

Group Captain Varun Singh has been, seriously injured in the accident. He is being, treated at the Military Hospital in Wellington, where he is fighting for life and death.

According to sources, the helicopter crashed due to bad weather. Let us tell you that the country is a tribute to General Bipin Rawat by tweeting these celebrities.

PM Modi expressed grief and tweeted, General Bipin Rawat was an excellent soldier. A true patriot, he contributed immensely to the modernization of our armed forces and security apparatus. His thinking and outlook on strategic matters were extraordinary.

Defense Minister Rajnath Singh also expressed his grief, he tweeted deeply saddened by the sudden demise of Chief of Defense Staff General Bipin Rawat, his wife, and 11 other armed forces personnel. His untimely demise is an irreparable loss to our armed forces and the nation.

Home Minister Amit Shah tweeted, that a very sad day for the country because we have lost our CDS General Bipin Rawat Ji in an accident. He was one of the bravest soldiers who has served the motherland with utmost devotion. I am deeply saddened.

Rahul Gandhi also tweeted I express my condolences to the family of General Bipin Rawat and his wife. It is an unprecedented tragedy, and our condolences are with his family at this difficult time. Heartfelt condolences to all the others who lost their lives as well.

Not only India but other countries also expressed their grief by tweeting.

The US Embassy expressed that as India’s first Chief of Defense Staff, General Rawat led a, historic period of transformation in the Indian Army. General Rawat was a strong friend and partner of the United States, overseeing a major expansion of India’s defense cooperation with the US military.

The embassy said, “In September, he traveled across the United States as part of a counterpart visit with General Mark Milley to discuss military developments and opportunities to enhance our cooperation with like-minded countries.” His legacy will continue.” “Our thoughts are with the Indian people and the Indian Army, and we pray for the full recovery of Group Captain Varun Singh,” it added.

Chinese Ambassador also tweeted, “My sympathies are with all the family members of General Bipin Rawat,” he said.

Bhutan’s Prime Minister Lotay Tshering said that it was deeply saddened to learn about the helicopter crash. “The people of Bhutan and I pray for India and the bereaved families. May you find the strength to witness this tragedy,” he said.

Nepalese Prime Minister Sher Bahadur Deuba said he was deeply saddened by the tragic demise of General Rawat, his wife, and several defense officers. “My heartfelt condolences to the bereaved families and the Indian Armed Forces,” he said.

British High Commissioner Alex Ellis also tweeted, “Sad news. General Rawat was a wise man, a brave soldier. We mourn the death of him and his wife and all those killed in this terrible accident.”

He also expressed his condolences in Hindi by tweeting.

French envoy Emmanuel Lenin tweeted, “Deeply saddened by the tragic demise of CDS General Bipin Rawat, his wife and several defense officers in an accident. “We will remember CDS Rawat as a great military leader and a supporter of the flag of France-India defense relations.”

Japanese envoy Satoshi Suzuki, “I express my deepest condolences to the bereaved family members of those killed in the accident,” he said.

Israel’s Ambassador Naor Gilone tweeted, “The people of Israel stand shoulder to shoulder with the Indian people and the government in mourning the loss of Indian heroes. Om Shanti.”

Israeli Foreign Minister Yair Lapid and Israeli Defense Minister Benny Gantz also expressed condolences to the people of India on the passing away of General Rawat.

German Ambassador Walter Lindner tweeted, “What sad news! Our deepest condolences to the family of General Bipin Rawat and all the relatives of those killed in the tragic helicopter crash in Tamil Nadu.”

He also expressed his condolences in Hindi by tweeting.

The Singapore mission said it was an honor to meet General Rawat several times. Deepest condolences to all for this terrible loss.”