Bill Gates Quit Board after Microsoft Investigated his Affair 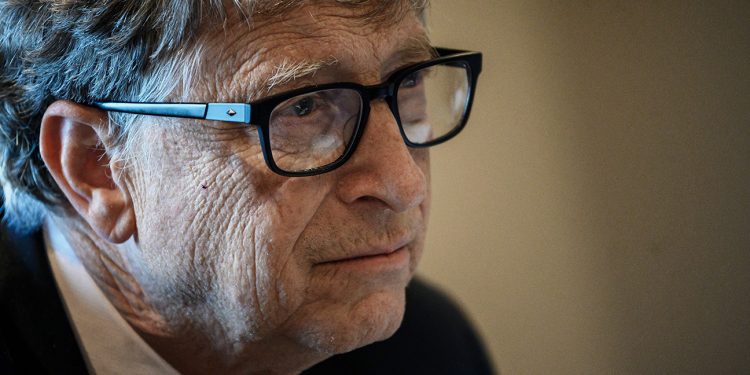 Microsoft Corporation investigated Bill Gates’s romantic affair with one of its employees and deemed it inappropriate for Gates to continue with the board.

The board of directors looked into the problem and conducted a “thorough inquiry” with the help of an outside legal firm, according to the software giant. The investigation was never completed because Gates stepped down before it was finished, according to Microsoft.

“A committee of the Board reviewed the concern, aided by an outside law firm, to conduct a thorough investigation. Throughout the investigation, Microsoft provided extensive support to the employee who raised the concern”, said Microsoft to sources.

It was reported that director members of the corporation found about Bill’s romantic involvement with one of the employees and decided last year that he had to step down from the presiding board of members.

Although Microsoft restrained itself from divulging information further on the issue that crept its boundaries.

A spokesperson for Bill Gates said that the affair was around 20 years ago which ended on a friendly and peaceful note and also, that it has nothing to do with his resignation from the board members.

The probe occurred at a time when there was a surge of discussion inside Microsoft about the treatment of women, as well as Me-Too debates in the larger business. Microsoft has also put in place and modified mechanisms for examining claims since 2000, with the objective of making them stronger, according to the corporation.

Earlier this month, Bill and Melinda Gates announced the official culmination of their twenty-seven years of marriage. Although, they would keep working together at Bill and Melinda Gates Foundation, one of the largest charitable trust foundations to ever exist in the world. It has awarded more than $50 billion to causes such as vaccine development and women’s empowerment since its establishment, with more than 1,600 workers and offices across the world.

The couples’ split has also brought to light the Gates’ fortunes which amounted to $144 billion by the Bloomberg Billionaire Index, as well as their foundation. Gates was formerly acknowledged as the world’s richest person whose fortunes added up to a sum total of $100 billion.

In March of last year, the billionaire announced that he was stepping away from the board of directors to dedicate more attention to philanthropy. Microsoft stated at the time that Gates had not been involved in a day-to-day capacity since 2008. Gates co-founded the software corporation in 1975 and served as its CEO until 2000, the same year he established his foundation, and then as chairman until February 2014.