Bhuj: The Pride of India – Release Date, Cast and what is it about. 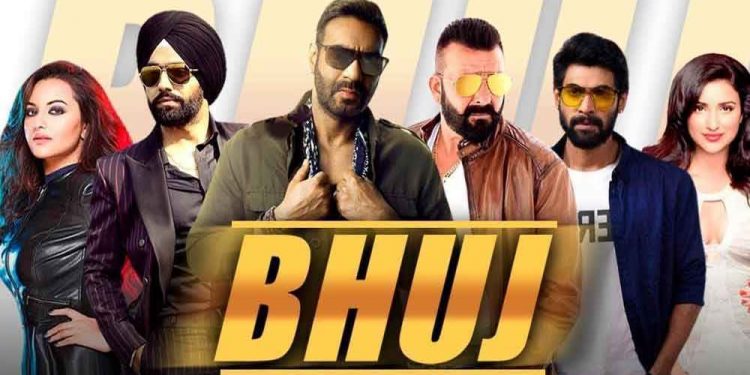 The country India will be celebrating its 75th Independence Day on August 15, 2021, with pride as we all know that on this day, we got our freedom from British rule. With this, the season of patriotic movies has already started as almost all patriotic movies are being telecasted on TV channels.

Almost every year our beloved film industry treats us with some new patriotic movies as well. This year is also no different as two new movies with the patriotism genre are getting released. One of them is ‘Bhuj: The Pride of India’ staring the veteran actor Ajay Devgn.

Based on the real-life story of IAF Squadron Leader Vijay Karnik, the story of the movie is set around the 1971 Indo-Pak war. The movie is a tribute to the hard work and the worthy contributions of the Indian Jawans and 300 women of Madhapur village. IAF Squadron Leader Vijay Karnik was the in-charge of Bhuj airport during the 1971 Indo-Pak war and along with his team, took the help of 300 women from the local village Madhapur to reconstruct the IAF base. It proved to be a pivotal moment as it helped India to win the war. The movie is the representation of that whole incident.

Bhuj was going to be released in cinema halls worldwide on 14th August 2021 before Independence Day. But seeing the situation of the pandemic and the safety of the audience forced the filmmakers to change the plans. The film will be now directly released in HD on Disney + Hotstar on 13 August 2021, at 5 PM.

Cast and crew of the movie

The movie is directed by Abhisekh Dudhaiya and the T-Series is the prime producer. The music is given by Tanishk Bagchi, Gourov Dasgupta, Lijo George – Dj Chetas and Arko while the lyrics have been written by Devshi Khanduri, Vayu and Manoj Muntashir.

The Indo-Pak war of 1971 is also known as the Bangladesh Liberation War. It began on 3rd December 1971 and last till the Fall of Dhaka on December 16, 1971. The war began with a strike by Pakistan Airforce on 11 Indian air stations called Operation Chengiz Khan aerial strikes.

On 8th December 1971, India was attacked at night by the Pakistani Sabres. In the attack, Pakistani aircrafts dropped more than 14 Napalm bombs on an IAF strip in Bhuj. This action caused a lot of trouble it created a hurdle in the taking off of the IAF plans due to which the IAF was not able to take help from the BSF because there were not enough Jawans to carry the task but the people of the nearby village Madhapur helped them and it was mostly women who carried out the task and successfully in 72 hours completed the task. India won that war and the great contribution of those 300 women was one of the pivotal moments for the win. The war ended with the surrender of the Pakistan military on 16 December 1971, making the formation of a new nation of Bangladesh.

With all the enthusiasm of Independence day, the movie is presumed to do well at the box office. Let’s hope that the movie will be as strong as its dialogues in the trailer.