Australia’s Melbourne to exit COVID-19 lockdown with some restrictions

Melbourne, Australia’s second-largest city has decided to exit the COVID-19 hard lockdown. From Thursday onwards, Melbourne’s citizens, which count up to five million residents, will be free to step outside, starting from 11:59 p.m. local time (1359 GMT). 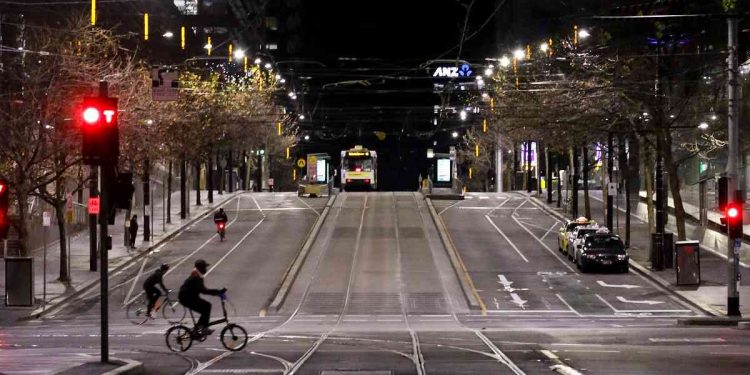 Melbourne, Australia’s second-largest city has decided to exit the COVID-19 hard lockdown. This decision was made on Thursday night, as stated by the Victoria state authorities, and it also includes plannings to curb few actions, such as travelling and gatherings, for at least one more week.

From Thursday onwards, Melbourne’s citizens, which count up to five million residents, will be free to step outside, starting from 11:59 p.m. local time (1359 GMT). This freedom comes after a fortnight of strict lockdown, which had kept the citizens indoors, with permission to go out only for essential business.

There are certain points that may still restrict the movement. According to officials, freedom is granted, but people must stay within 25 km or 15 miles from their homes. This order is an effort to stop any possible transmission during an upcoming long weekend. There is also the decision to totally ban house gatherings and to make masks mandatory indoors.

“This is a good day,” stated the Victoria Acting Premier James Merlino to the reporters in Melbourne on Wednesday, and further added, “But we know this isn’t over yet and until we have widespread vaccination across Victoria and the country, the virus will still be with us.”

Merlino also talked about the probability of further easing of restrictions in Melbourne which could happen within a week barring any spike in cases.

Australia has effectively reined in the COVID-19 phase with a recording of just over 30,200 cases and 910 deaths. This achievement of theirs is due to speedy tracing systems, snap lockdowns and strict social distancing rules.

Victoria has gone through a total of four lockdowns ever since the pandemic had begun, with the longest one being in last year, lasting for more than 100 days, and the state has seen more than 800 deaths, 90% of the national toll.

Daily cases have also remained at their lowest, being in single digits on the majority of the days of the lockdown, and all these cases were linked to the highly infectious Delta Virus Variant, which was found among cases that were detected by the end of last week. This finding has raised concerns about a possible spike in infections.